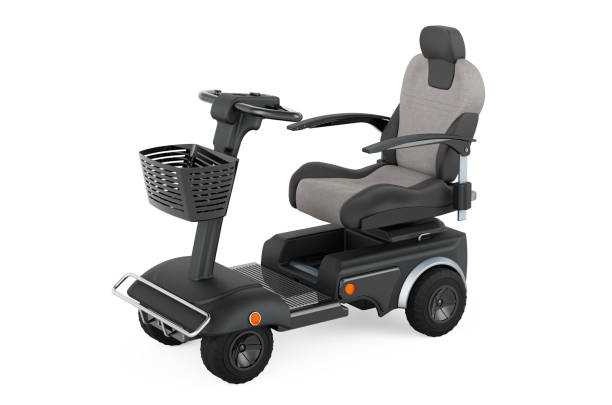 ​The UK, and London in particular, see some shocking crimes on a daily basis, but they sunk to a new low this week when an 87 year old pensioner was stabbed to death in broad daylight… on his mobility scooter!

Police were called to an incident in South Greenford, in the Borough of Ealing, west London on 16 August at just after 4pm, and found an horrific scene that is almost impossible to comprehend.

Thomas O’Halloran had been savagely attacked in a frenzied assault in an alleyway next to the busy Western Avenue and had somehow managed to travel around 75 yards or so on his mobility scooter to nearby Runnymede Gardens, where he had eventually fallen, but had flagged down a member of the public for help. Although Paramedics arrived in minutes their attempts to save Mr O’Halloran were sadly unsuccessful, and the pensioner was pronounced dead at the scene.

Heartbreakingly Thomas had been raising money for victims of Putin’s savage invasion of Ukraine outside a local Tesco store shortly before the murder, something he had been doing regularly throughout the duration of the war. Harrowing footage released yesterday showed the much-loved busker just 20 minutes prior to the attack as he passed a newsagent shop close to the superstore at 3.48pm. Police were called 18 minutes later at 4.06pm after Mr O’Halloran was seemingly ambushed.

Police arrested 44 year old Lee Byer, of no fixed abode, on suspicion of murder and possession of an offensive weapon, less than 48 hours later.

Detective Chief Inspector Jim Eastwood, who is leading the investigation, said: “I would like to thank the public for their overwhelming support following this horrific incident. As a result of the release of a CCTV image yesterday, an arrest has been made and this investigation is progressing at pace. “Mr O’Halloran’s family have been updated with this development and continue to be supported by specially trained officers.” The suspect was arrested at an address in Southall, west London, in the early hours of Thursday 18 August, the Metropolitan police said.

Mr Byer of no fixed abode, appeared at Willesden Magistrates’ Court on Friday 19 August and he has been remanded in custody to appear at the Old Bailey next Tuesday 23 August; no application for bail was made. He stood in the dock wearing grey prison-issue tracksuit bottoms and T-shirt, with a sweater tied around his waist.

Outlining the case against Mr Byer, prosecutor Louise Ahmad described the alleged murder as a “vicious attack”. She said Mr O’Halloran, a grandfather originally from County Clare in the west of Ireland, was known “throughout the local community”, collapsed from his mobility scooter having been stabbed in the chest. He was found by a member of the public, who telephoned for assistance, but sadly could not be saved.

Mr Byer looked at members of the media in court and covered his face with his hand during the hearing, which lasted less than four minutes. The judge said he faces a bail hearing at the Old Bailey next week and is expected to face a plea and trial preparation hearing at the same court on 16 September. “This is a matter this court has no power to deal with and accordingly I am sending both matters to the Central Criminal Court,” he told Mr Byer.

Neighbours in the Allenby Road area of Southall, west London, revealed that armed police smashed in the door of the house that Byer was staying at during a tense 30-minute stand-off. Shocked residents described how more than six police officers used a battering ram to smash down the front door at around 1.30am and shouted for the man to give himself up, before he emerged and was pushed to the floor and handcuffed. The house is occupied by a Jamaican couple, they added.

One neighbour said: “It was around half past one this morning and I was woken up by shouting a lot so cars arriving. I looked out and could see the police trying to smash down the door. Some of them went inside, but there was no sign of anyone. That lasted for about 30 minutes. Then they brought out a man, he was resisting and they pushed him to the floor and handcuffed his hands behind his back. Two of the police lifted him off the pavement and took him to a car.”

Another said: “There was some shouting and when I looked out there seemed to be lots of police. Some were in plain clothes. I immediately thought it must have something to do with the murder in Greenford. I do not know the person who lives there, but we would wave hello. It’s all come as a bit of a shock.”

Still today, a police forensic are at the address with a police vehicle parked outside the semi-detached home, with red tape across the driveway.

Thomas O’Halloran only celebrated turning 87 just two weeks ago, which he did by busking as usual to raise funds in support of the Ukrainian people, as he had been doing for several months. There is footage on social media of him doing just that, passionately playing music on his accordion and smiling enthusiastically, with a makeshift blue and yellow collection box strapped to his frame.

He was immensely popular in the area and had lived in Greenford since the 1970s, and locals said he played to raise money for Ukrainian refugees, because that was the type of man he was.

Mr O’Halloran was originally from Ennistymon, in County Clare, in the west of Ireland. The local community in Clare expressed their horror, following the pensioner’s tragic death. He is survived by his family, including his sister, two brothers, nieces and nephews. Local Fine Gael senator Martin Conway said Mr O’Halloran visited Ireland regularly and that his death has left his home community in Ennistymon and north Clare in “deep shock and and an enormous sense of sadness.”

The family of Mr O’Halloran are being supported by specially trained officers. They have naturally requested that their privacy is respected by everyone as they continue to come to terms with their tragic loss.

His daughter understandably said she was too distraught to talk; but speaking from her home in Westgate on Sea, near Margate, Cindy O’Neill, 37, one his grandchildren, did pay a heart-breaking tribute to her “wonderful” Grandfather. “He was a lovely person; we are in a state of shock. It’s terrible, I can’t think straight.”

Linda O’Halloran, one of his nieces in Ennystimon, County Clare, Ireland, said the family was finding it “very hard” to process. She said: “We’re the most open-hearted, but this is very hard for my parents. It is very raw. They are trying to come to terms with it.” Ms O’Halloran, 53, said the family came from a musical background noting how just like Thomas, they all play accordion and tin whistle. She described her uncle as a “very special man” adding: “He was an entire genius, he used to fix bicycles, radios, televisions, a bit of everything.”

Pal Martin Jones, 53, said: ‘He was a lovely Irish gentleman and every day he was out raising money for Ukraine, it was to help the refugees. I have known him for about six to eight months and chat to him whenever I see him, especially outside the Tesco store. Tom was just a lovely bloke who would talk to anyone in the community. He laughed with absolutely everyone. His hobbies were going to play his accordion and harmonica and raising money. He has been doing it for at least 10 years.”

He continued: “My friend and I are going to go to Tesco to try and give the family something for the funeral. We would always chat and he would tell me what he was up to. He was a lovely member of the community and was loved by everybody. It was his 87th birthday just two Sundays ago. He was at Tesco and had a card saying it was his 87th birthday; he was so happy, this is just so sad.”

Hitesh Patel, 62, a shop owner at the nearby Greenford station, said: “He always had a Ukraine flag on the front of his basket. It said ‘Help for Ukraine’. He was a very good, kind man. I saw him just before he was killed heading up to the road on his scooter. I was filling up with petrol but I wish I had said something now. His wife was also always with him in her mobility scooter.”

Anushka Burnett, 37, said: “He was absolutely lovely, he is one of the best neighbours you could have. He was very helpful always. If I was outside trying to clean up or something, or if I need anything, tools for example, he would pop them over. He was so helpful, lovely, always has conversations with everyone. As soon as he saw you out, he would come over, and he would just start talking to you. He would always like to have a joke as well, he was always laughing, he was such a lovely man.”

Tony Paraskeba, 52, remarked: “It’s so, so sad. My son loved him so much. He would ask him to blow his horn on the scooter whenever he saw him and he would do just that. My son is so upset.” He went on to say pretty much what everyone else must be thinking: “Why would anyone hurt an old man, and especially one so vulnerable?”

Former Labour MP Stephen Pound paid tribute to the pensioner, an ex-constituent whom he knew from the busker’s regular public presence in the area. He told reporters: “Tom was a real local character. He would be outside Greenford station playing the accordion, occasionally the harmonica. He was a sweet and lovely man… He was well-liked and well-loved, known locally as ‘Uncle Tom’, but above all, he was one of those characters who would cement an area. This is just so tragic.”

Pressure on Mayor of London

Whilst the tragic circumstances of Thomas O’Halloran’s death are particularly extreme in the highest degree, it is still sadly another unwanted addition to a growing list of violent and fatal crimes in the capital. Whilst this shocking attack in an unassuming suburb, carried out in broad daylight, is thankfully out of the ordinary, the fact that six murders in four days and 59 so far this year, highlight that the streets of London are simply not a safe place to be.

Mayor Sadiq Khan is coming under increasing pressure to introduce tougher measures, as the city falls deeper into the grip of another wave of crime, and specifically knife crime. Tragically for “Uncle Tom” it is unlikely any preventative safeguards that may have been in place, probably would not have stopped a crazed killer, who is prepared to take the life of such a decent, caring, and harmless man in the middle of the day, for no apparent reason.

There are some crimes that simply defy belief and Mr O’Halloran has fallen victim to one of the worst imaginable.