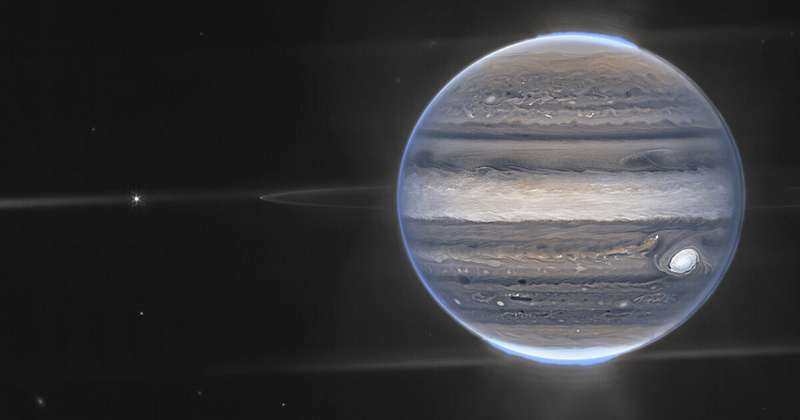 The unending quests by man to study what happens on the other planets and beyond are gradually yielding results, with recent images released by NASA showing what Jupiter looks like. The new images of the planet were captured by NASA’s James Webb Space Telescope. “Webb’s Jupiter observations will give scientists even more clues to Jupiter’s inner life,” NASA said on its website. “The two images come from the observatory’s Near-Infrared Camera (NIRCam), which has three specialized infrared filters that showcase details of the planet.”

The observations of Jupiter were led by Imke de Pater, professor emerita of the University of California, and Thierry Fouchet, a professor at the Paris Observatory.

“We hadn’t really expected it to be this good, to be honest. It’s really remarkable that we can see details on Jupiter together with its rings, tiny satellites, and even galaxies in one image,” Imke de Pater said.

The released images were not directly captured by the Telescope one after the other. Instead, several images captured by the James Webb Space Telescope were put together by a team of photo experts to create a standalone view of Jupiter. The standalone view revealed that auroras extend to high altitudes above the northern and southern poles of Jupiter.

The Packaging Process of the Images

A common man would not be able to understand the images captured by the James Webb Space Telescope unless some modifications are made. In other words, the images are sent to earth as raw data that need further processing. For a clear view of the pictures, scientists then translate the information sent by the telescope into readable images.

The new images of Jupiter were processed by Judy Schmidt, a citizen scientist from California. For some images, she collaborated with Ricardo Hueso from the University of Basque Country in Spain.

“I try to get it to look natural, even if it’s not anything close to what your eye can see,” Judy said.

Judy said working with Jupiter was more difficult than working on planets that are farther because of its speed of rotation.

“Combining a stack of images into one view can be challenging when Jupiter’s distinctive features have rotated during the time that the images were taken and are no longer aligned,” Judy added.

While it takes earth 24 hours to complete its rotation, it takes Jupiter as little as 10 hours despite being 318 times bigger than the earth. Sometimes she has to digitally make adjustments to stack the images in a way that makes sense.

Scientists are already analyzing the images to get new scientific results about Jupiter, the largest planet in our solar system.

“This one image sums up the science of our Jupiter system program, which studies the dynamics and chemistry of Jupiter itself, its rings, and its satellite system,” Fouchet said.