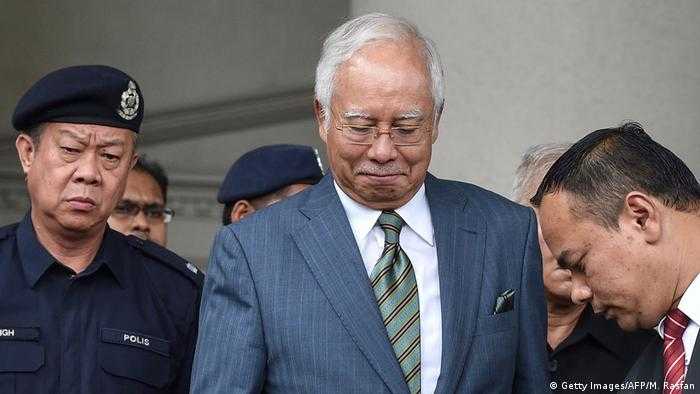 ​Some supporters of the former Malaysian Prime Minister Najib Razak broke down in tears on Tuesday in front of the Federal court in Putrajaya after it was confirmed that the former leader would spend the next 12 years behind bars. In a unanimous decision by the country’s appellate court, the five-man panel upheld the judgment of a lower court, which sentenced the former leader to 12 years in prison.

Najib Razak, in July 2020, was found guilty of abuse of power, criminal breach of trust, and money laundering for transferring $10.1m (42 million ringgit) from SRC International to his bank account. After the judgment, the former leader appealed the court’s decision, but the appellate court also upheld the decision of the lower court.

In a final lap to redeem himself, Razak immediately proceeded to the country’s Supreme Court but unfortunately, the country’s appellate court could not find any reason to dismiss the judgments of the two lower courts.

“This is a simple and straightforward case of abuse of power, criminal breach of trust, and money laundering,” Chief Justice Maimun Tuan Mat, said while reading the Court’s verdict. “We are unable to conclude that any of the findings of the High Court, as affirmed by the Court of Appeal, were perverse or plainly wrong so as to warrant appellate intervention.”

We agree that the defense is so inherently inconsistent and incredible that it does not raise a reasonable doubt on the prosecution case,” Justice Tengku continued. “We also find that the sentence imposed is not manifestly excessive.”

With the judgment, Najib Razak is now the first former leader of Malaysia to be jailed. He will also lose his seat in parliament and will not be able to contest elections in the future.

Najib says He is a Victim of Injustice

Despite multiple allegations against the former prime minister, Najib has consistently denied all the accusations against him. In fact, he had continuously blamed his ordeal on the Judiciary, going as far as seeking the removal of the Chief Justice from the panel that handled his case.

Najib addressed the court briefly before his judgment was read, and accused the country’s judiciary of melting injustice on him.

“It’s the worst feeling to have to realize that the might of the judiciary is pinned against me in the most unfair manner,” Najib told the court.

Although the highest court of the land jailed the former Malaysian leader, he still had two options available to him. The first is to seek a review of the Federal Court’s decision, and the other option is to seek pardon from the king. However, it is unlikely that a review of judgment would work, which means a pardon is the only feasible option at the moment.

The Prime Minister that breaks Records

There were tears inside and outside the court after the sentence of the former Prime Minister was pronounced. However, many Malaysians are happy with the judgment, and for people like Adib, it is another record that has been broken by the Najib.

“This is unprecedented. Najib will be remembered for his many firsts, the first prime minister to lose a general election, the first to be convicted,” said Adib Zalkapli, the Director of political risk consultancy BowerGroupAsia, as reported by Reuters.

Anwar Ibrahim, the opposition leader, said the verdict proved how powerful the people are.

“The people made the decision in 2018 to ensure an independent judiciary and that the country is clean of bribery. That decision allowed proceedings to be brought professionally,” he said.

“He did a lot of things wrong for this country when he’s supposed to be responsible for our nation. He’s supposed to bring in money but instead, he robbed money,” Farhan said.

The 69-year-old former leader was educated in Britain. He was premier from 2009 to 2018 before he lost public support over the graft scandal that led to his election defeat. He still has dozens of corruption cases to answer despite Tuesday’s judgment.

The embattled former leader still enjoys tremendous support in the country, as his party enjoys the majority in parliament after defections from the coalition that won the elections. While his supporters see the court’s judgment as persecution, most Malaysians say it is a welcomed development and are relatively happy seeing the former leader headed for prison.