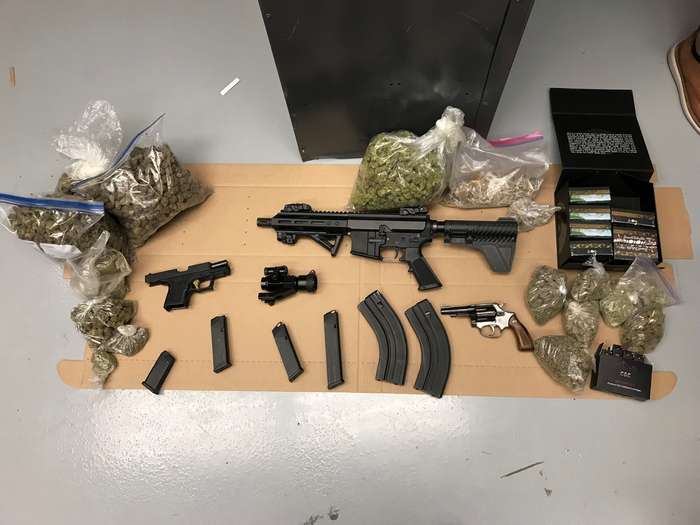 On Thursday 25th August, the police executed a search warrant on a Golden Grove property in the presence of both accused and discovered the above mentioned items.

The police also seized large sums of money to include; Eastern Caribbean and United States currencies; Pound Sterling and Euros, as well as Trinidad & Tobago currencies that were found in their possession. Both men were arrested and taken into custody.

They are expected to appear before the Court sometime during the wee.