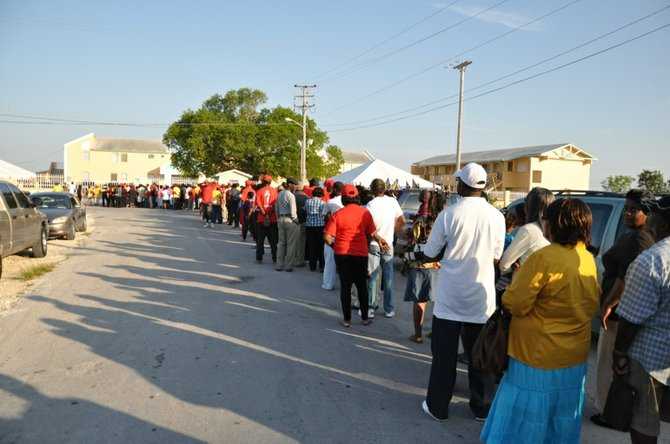 ​In its final report on the observation of elections in The Bahamas, the Commonwealth Observer Group (COG) has concluded that voting there was credible, transparent, and inclusive.

The Group’s report issued on Tuesday acknowledges the devastation caused by Hurricane Dorian in 2019, as well as the impact of the COVID-19 pandemic, both of which hampered preparations for the election.

Yet, the Group notes with regret that a number of its core recommendations on electoral and legislative reform are echoes of those made by the 2017 Commonwealth Observer Group (COG).

The Group also repeated its call for the establishment of an independent election management body, legislation governing the registration of political parties, and the regulation of campaign finance.

The Group, led by The Hon Bruce Golding, former Prime Minister of Jamaica, once again called on relevant authorities to consider taking forward such reforms in order to raise the level of accountability and transparency in the electoral process.

The final report builds on the preliminary statement which was issued two days after the 16 September 2021 General Election.

The final report, which provides a comprehensive assessment of the entire electoral process, has been officially received by the government of The Bahamas and distributed to relevant stakeholders.

The Commonwealth Secretary-General, The Rt Hon Patricia Scotland QC, who deployed the group at the invitation of the government of the Bahamas, said:

“I was in The Bahamas shortly before the election and saw the devastation caused by Hurricane Dorian for myself. I am proud to see that, despite that disaster, the people of this beautiful Island conducted a credible, inclusive, and transparent election. I thank all members of the Commonwealth Observer Group for their diligence, and I hope their recommendations – especially those which are consistent with the 2017 COG report – are received favourably by the relevant authorities, in order to further strengthen the culture, process and institutions of democracy.”

The report concluded by commending all Bahamians for their commitment to exercising their democratic franchise, bearing in mind the considerable challenges confronting The Bahamas in the face of a snap election, as well as the aftermath of Hurricane Dorian and the coronavirus pandemic.

As is customary, the final report of the Group was finalised in The Bahamas before the Group’s departure, and the COG was supported by the Commonwealth Secretariat staff team led by Mr Linford Andrews, Adviser and Head of the Electoral Support Section.