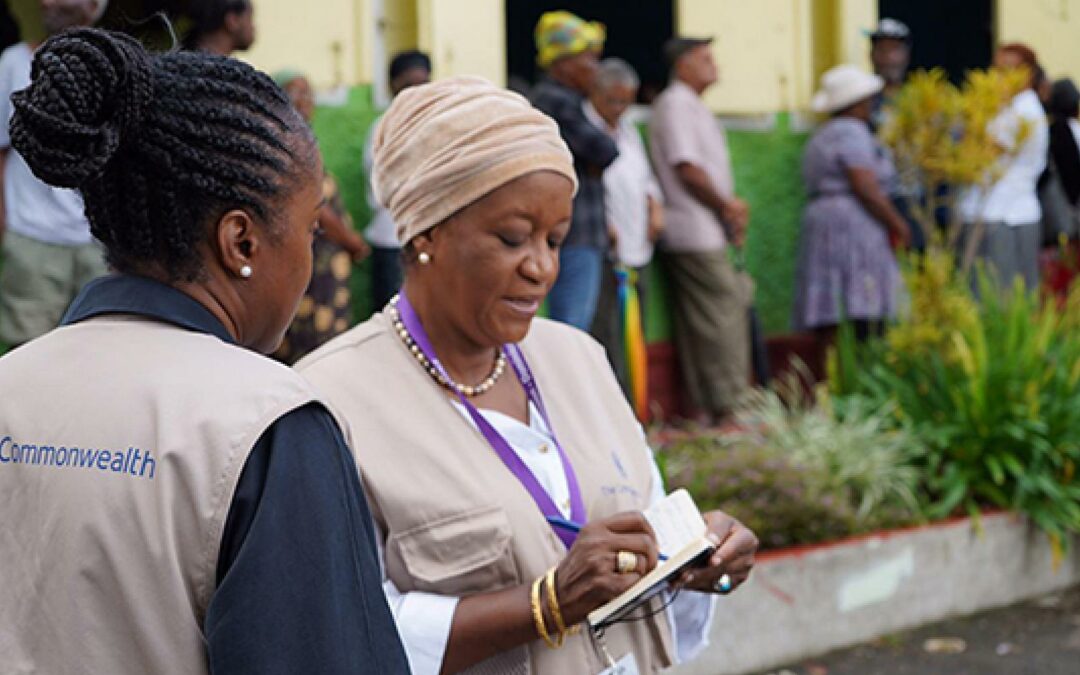 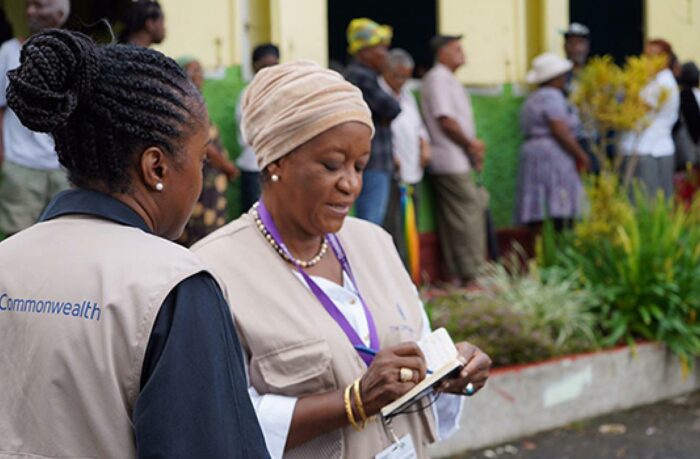 The Commonwealth Observer Group (COG) has started its work in preparation for the general election in the Commonwealth of Dominica, scheduled for Tuesday 6 December.

The observer group, whose members are drawn from across the Commonwealth, is in Dominica at the invitation of Prime Minister Roosevelt Skerrit.

They will be deployed to locations across the country to observe and assess the pre-election environment, the conduct of elections on polling day, and the post-election period against the backdrop of the Commonwealth of Dominica’s national legislation and regulations – as well as regional and international commitments. On polling day, the Group will observe the opening, voting, closing, counting, and results-management processes.

In her arrival statement, the Chair of the COG and former Kenyan Cabinet Secretary, Hon. Amina Mohamed said she was honoured to lead the Observer Group. She added:

“We are keenly aware of the importance of elections in a democracy as they are the ultimate expression of a people’s will and ability to shape their societies. Casting a vote is a fundamental human right.

“As is customary, we will report on whether the elections have been conducted to the standards to which the Commonwealth of Dominica has committed itself, including its own laws.

“Our mandate is to observe, and not to interfere with, the process.

“We urge stakeholders to make full use of the freedoms that have been granted to them by law, in support of the further development of democratic process, and commit to peaceful elections, consistent with the Commonwealth’s values and principles.”

Throughout the mission, the Group will be supported by a team from the Commonwealth Secretariat which has been on the ground since 28 November to observe campaigns and preparations ahead of the elections.

As part of its mandate, the Group will also meet and have briefings with the police, political party representatives and other local stakeholders including the Electoral Commission, the media, citizen groups as well as groups representing women, youth, and persons with disabilities.

The observers will issue an interim statement of its preliminary findings on 8 December before departing Dominica by 11 December 2022.

The final report, which will include recommendations for future electoral processes, will be submitted to the Commonwealth Secretary-General, and thereafter shared with the Government of the Commonwealth of Dominica, relevant stakeholders, and the people of Dominica.