Cabinet condemns moves by schools to discriminate against locked-hair students 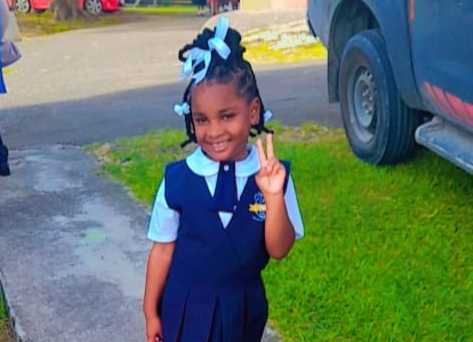 The government of Antigua and Barbuda has placed schools on notice that they are not to discriminate against members of the Rastafarian community, or those who choose to wear their hair in the same manner as the Rastafarians practice.

The statement released by the government Wednesday night follows heated discussions in the public after a five-year-old girl was barred from school; on her first day because she had dreadlocks.

Jordan Mason said her daughter had been accepted to the New Bethel Seventh Day Adventist Academy in Liberta – but when the mother and child went to the orientation on Monday the principal pulled her aside and informed her that the child could not attend school with locks.
Mason, who lives in English Harbour, told Observer that she was given an ultimatum to chop off her daughter’s hair or not bring her back to school.
But in a statement released by the government’s Chief of Staff, Lionel Max Hurst said the government’s policy is that no child should be refused entry into a school because of his or her hair.

“If it becomes necessary, the Parliament of Antigua and Barbuda will be induced to change policy into law,” the statement said,

Hurst said the Cabinet met all day Wednesday, three days following the re-opening of all schools, public and private and all members expressed their strong condemnation of several schools, both private and public, that discriminate against Rastafarians and those students who wear their natural hair in locks.

“The Constitution of Antigua and Barbuda protects freedom of religion, freedom of association, and the freedom to hold a belief system that differs from the majority’s,” Hurst said.

The Cabinet also noted that objection to natural hairstyles on the heads of students may be couched in language covering school deportment; however, the object, as the Cabinet sees it, is to enable discrimination against children from the Rastafarian community.

That debate about the exclusion of Rastafarians from schools ended in Antigua and Barbuda nearly 50 years ago.

The mother of the child said she does not plan to take legal action against the school.

The woman refused free legal representation from a well-known lawyer who contacted her on Tuesday.

She says at the tender age of 5, no child, let alone her daughter, should go through such trauma because of her hairstyle.
The mother has since transferred her child to another school which she started today.
She says she is still awaiting her refund from the New Bethel Seventh Day Adventist Academy which she hopes to receive in the coming days.
All this comes as the Ministry of Education is reportedly finalizing a draft document on the subject matter.
In the policy document, schools should not discriminate against students based on the natural texture, length, or color of their hair.
However, their hair should be clean, that is, free of foul odor. The hair should be neat, well-groomed, and orderly presented.

It must be stated that the Ministry of Education and Sports condemns all forms of discrimination, especially when directed at students throughout Antigua and Barbuda.
Section 49 of the Education Act, 2008 authorizes public schools to “introduce rules to govern the attire, conduct and discipline of students” as long these rules have been approved by the Director of Education.

Section 17 (e) of the Act further stipulates that it is the student’s responsibility to “observe standards approved by the Director of Education or the principal as the case may be, concerning cleanliness and tidiness of the person; general deportment and attire;”