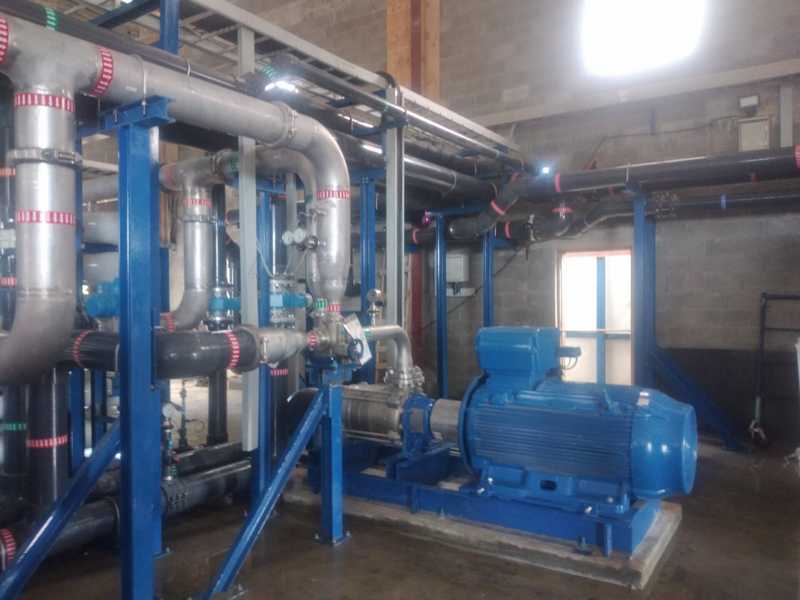 There may be some positive changes coming to the Antigua Public Utilities Authority’s (APUA) water conservation schedule which will include increased water supply to some residents.

This is according to, APUA Water Manager Ian Lewis who explained that this change will be a result of the recently commissioned Fort James Reverse Osmosis plant.

“The rationing schedule is something we have to look at in two divisions. This plant will take care of residents living as far south as Pointe and Villa and as far North as McKinnon’s and Paradise View. This area should now begin to see water on a 24-hour basis,” he said.

What this does is that for the rest of the schedule is that the water that was designated for this area will go to other areas where the schedules can be amended.

“This means residents should see an increased period and in some cases an increase in the days that they get water. At this point in time, we are still trying to create data,” Lewis said.

The schedule was first instituted in 2020, due to drought conditions which caused a severe reduction in the availability of water from surface and groundwater sources.

The schedule had been designed to allow for a fair rotation cycle which gives a suitable opportunity for residents to plan and consume the service accordingly.

Since the creation of the schedule one additional reverse osmosis plant has been added, providing an additional 500000 gallons of potable water to the previous 7 million.

Observer Media joined a walkthrough of the facility on Friday, along with Minister of Public Utilities, Sir Robin Yearwood, and other APUA Water officials.

Although the civil work at the plant has not yet been fully completed – along with the construction of the two main water storage units – operations at the plant are already up and running, with villagers in the surrounding communities of Villa, Yorks, Fort Road, McKinnons, Point and other areas expected to be receiving water daily.

When the tanks are completed, they are expected to hold over 200,000 gallons of purified water.

The Fort James plant is one of three that the Antigua Public Utilities Authority (APUA) announced would come on stream to help maintain a constant supply of water year-round, especially during the dry months.

In March of this year, the Ffryes Beach plant came on stream, supplying 400,000 gallons of water, and another plant in Bethesda supplying a further two million gallons daily will be commissioned.

APUA, the country’s sole utility provider, has been on everybody’s lips in recent months, with more and more residents registering their frustration with current water availability.