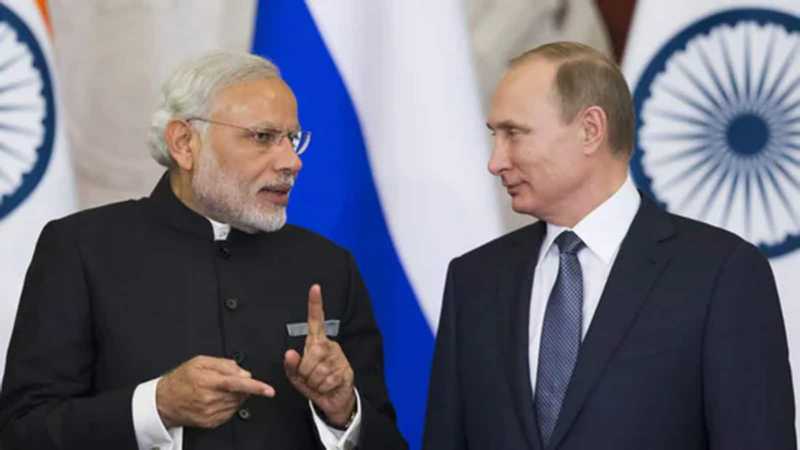 Despite India’s opportunity to purchase discounted energy from Russia because of the war in Ukraine, its prime minister, Narendra Modi, on Friday, told Putin that this was not a time for war. The two leaders met at the Shanghai Cooperation Organization summit in Samarkand, Uzbekistan, a day after the Russian leader met with the Chinese President to talk about Ukraine and Western powers.

“I know that today’s era is not of war, and we have talked to you many times over the phone on the subject that democracy and diplomacy and dialogue are all these things that touch the world,” Narendra Modi told Putin in the televised meeting.

“We will definitely get a chance to discuss how we can move onto the path of peace in the coming days I will also get an opportunity to understand your point of view,” he added.

Despite Western sanctions, Russia believes it is not isolated because Asian countries, including China and India, are always ready to buy its gas and oil. Despite criticisms, the Indian government, which appears not to have taken any side in the war in Ukraine, continues to trade with Russia. In its defense, New Delhi said it was prioritizing its interest and that it was its way of avoiding high energy prices, which have caused undue hardship in most parts of the world, including Europe and the UK.

The Russian leader appears uncomfortable with the confrontation. After glancing at the Indian Prime Minister, Putin told him the same thing he said to the Chinese President the previous day that he understood his concerns about Ukraine, but this time, he added that Moscow was doing its best to make sure the conflict comes to an end.

“I know your position on the conflict in Ukraine, the concerns that you constantly express,” Putin said. “We will do everything to stop this as soon as possible.”

Narendra Modi had consistently maintained his neutrality since the war started in Ukraine. Western leaders have criticized his approach for not following the standards they set on how to deal with Russia. Other world leaders see the Indian Prime Minister as one who could broker peace between the warring nations because of his ability to talk with the Kremlin and Kyiv and maintain neutrality.

The Kremlin is also facing pressure from Russians, as some citizens are calling for Putin’s resignation over the war in Ukraine.

With growing concerns at home, losses in Ukraine, and lack of military support from any of the first-world countries, Russia might have to heed Modi’s advice soon.