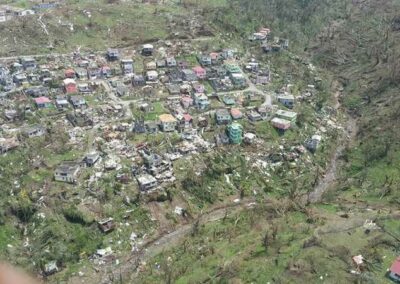 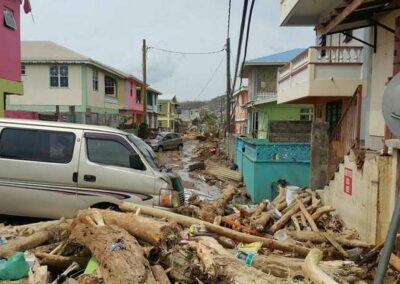 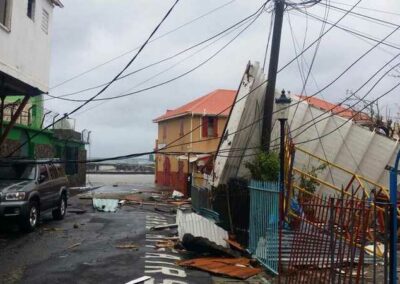 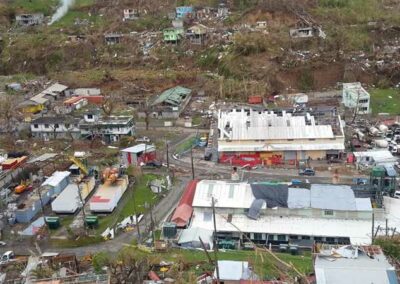 “I can never forget this day…September 18th. Worst day ever. I remember the panic I felt holding on to my porch door for 30 minutes as this hurricane slowly passed. Watching where I used to live to go down to the ground as the lightning flashed with my uncle and his girlfriend still inside,” Kervel wrote on her Facebook status as she remembered the monster storm Maria that reaped through the tiny Caribbean nation five years ago today.

It is regarded as the worst natural disaster in recorded history to affect those islands and was also the deadliest Atlantic hurricane since Jeanne in 2004.

“I remember hearing my neighbors screaming for help as their roof where they lived ripped apart. My cousin is the hero that he was dashed to their rescue. The children were soaked and terrified as well as their mom. What a night!!! I only prayed that my family was ok. The next morning was a nightmare. I Couldn’t believe my eyes. Roofs gone, houses to the ground, electrical poles broken, widespread devastation to our beautiful country,” Kervel wrote.

Several communities were like ground zero when category Maria made landfall in Dominica, killing seventeen people.

Much of the housing stock and infrastructure were left beyond repair, while the island’s lush vegetation was practically eradicated.

Prime Minister Roosevelt Skerrit said on Sunday that the day was used to honor the memory of o citizens who perished during the passage of Hurricane Maria.

“Five years ago, Hurricane Maria crashed into Dominica leaving considerable damage in its wake, a shattered economy, and a people traumatized by the sheer ferocity of the storm and the death of loved ones. A category five hurricane, Maria devastated the country’s physical infrastructure and displaced hundreds of families. With estimated damage at $1.3 billion or 226 percent of GDP, the Government of Dominica took immediate action to rebuild and recover, declaring our intent to become the first climate resilient country in the world,” he said on his social media account.

But Skerrit said he is proud of efforts thus far to mitigate risks, improve planning procedures and empower communities to prepare for and recover more quickly from extreme weather events.

“Through targeted interventions at the national and community levels, we have enhanced shelter capacity, introduced new construction and design standards, restored livelihoods in the areas of housing and agriculture, and rebuilt key infrastructure.

I am even prouder of the fighting spirit and national pride displayed by you, the Dominican people, in the aftermath of Hurricane Maria,” he said.

Adding, “as we go through the remainder of the 2022 hurricane season, I urge you to remain vigilant, for disaster can strike when we least expect it. I also encourage you to remain steadfast in your love for country and your zeal for nation-building, as we toil with hearts and hands and voices towards prosperity for all. May God Bless Dominica,” he said.