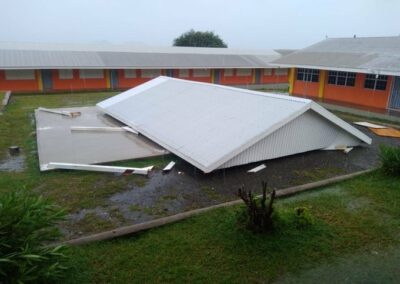 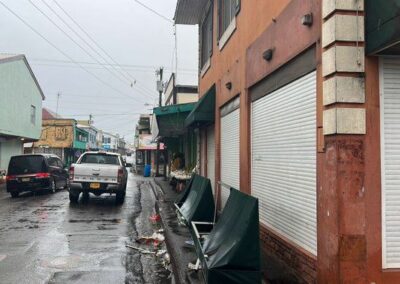 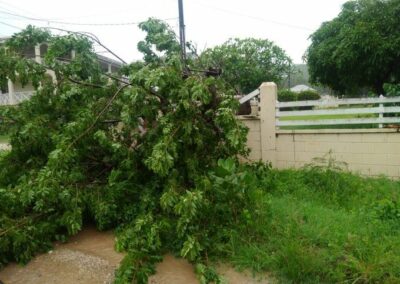 The National Office of Disaster (NODS) is reporting that there have several reports of minor damage throughout the island as a result of the effects of Tropical Storm Fiona.

District Disaster Coordinators (DDCs), who work within the various communities on behalf of NODS, have been conducting walk-throughs of their respective districts after the local Met Office gave the all-clear and announced that the tropical storm warning was lifted.

According to the DDCs, there have been a few uprooted and downed trees, which brought down power lines, and the roof of a basketball stand in Freetown was blown off.

Acting Director of NODS Sherrod James said there was very limited use of the public shelters. About 20 individuals stayed in them throughout the night. All the shelters that opened Friday afternoon in response to the storm’s threat have now been closed.

The National Emergency Operations Centre (NEOC), which consists of representatives from critical agencies who coordinate disaster management efforts at NODS whenever there is a threat, was partially activated. This meant that only the police and defense forces, the fire department, and a skeletal staff from NODS reported for duty.