Man charged for trying to break into Digicel 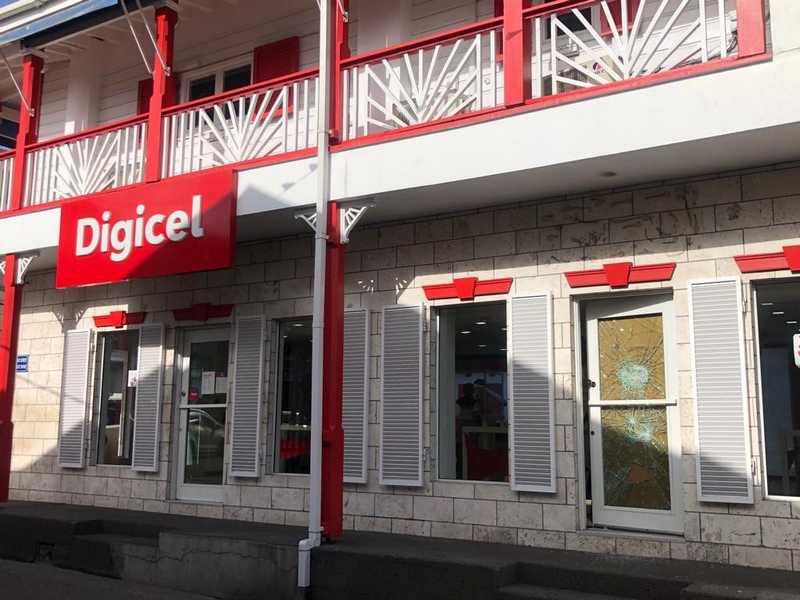 The police arrested and charged Dexter George of No Fixed Place of Abode for attempting to break into the Digicel Store located on Market Street.

The alleged incident occurred around 2 am on September 13, when police officers who were on mobile patrol, were alerted by the sound of the security alarm and stopped to investigate.

George was spotted in the area and later taken into custody. He was also charged for committing malicious damage to a glass door and metal frame valued over $3,000.

Meanwhile, Police are continuing investigations into an alleged shooting incident at Green Bay that left a resident of the area nursing gunshot wounds.

It was reported that Adam O’Garro was walking along Parliament Street in Grays Farm, when a vehicle pulled up alongside him and an occupant of the said vehicle shot at him.

He sustained wounds to his left knee and right buttocks and was transported to the Sir Lester Bird Medical Center. A doctor at the hospital reported that his wounds are non-life threatening.

The alleged incident occurred sometime between 9 pm and 9:30 pm Tuesday.

The police are appealing to anyone with information in relation to this incident to contact the Criminal Investigations Department at 462-3913 or call Crimestoppers at 800-Tips (8477).