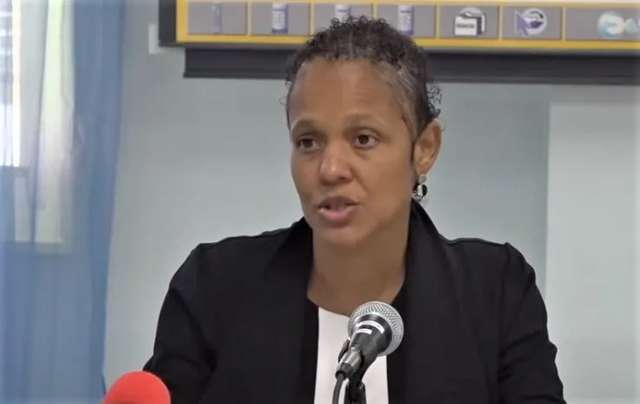 Barbados’ Acting Prime Minister Santia Bradshaw has placed public sector workers on notice that if they don’t pull up their socks they could find themselves unemployed.

She aimed at workers who neglect their responsibilities, depriving the government of an “honest day’s work”.

Bradshaw made these comments while addressing constituents at the annual general meeting of the Barbados Labour Party (BLP) on Sunday.

She called on workers to ponder on the significant amount of funds that the government is spending through several programs to keep them employed.

The Acting PM noted that “things may be hard but at the end of the day if we are not getting the returns on several programs we got to cut the programs.

Then you are out of work. So, we are in this together. This is not about drawing a salary without being able to give 100 percent but rather being able to give of your all to make sure that there is a benefit to the country and indeed to you as well,” she stated.

Special reference was made to individuals employed in the national clean-up program citing that some of them did not even put in half of the eight hours per day’s work.

The issue of proper supervision was identified as one of the challenges facing the public sector, and the minister believes that Barbadians need to begin taking responsibility for whatever duty they are tasked with because at the end of the day “Barbados belongs to all uh we”, she said.

“I can no longer sit down and be complicit in the behavior of people when I love my country”, she added, while also commenting that the government must also make ensure that workers are supplied with the tools to do their job and must make sure that the people get paid”.