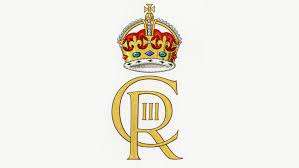 Three weeks on from the sad passing of Queen Elizabeth II and the new cypher of King Charles III has been revealed. It shows the image which will be used by all the government departments and on all state documents, plus any new post boxes. The design has been created by the College of Arms and was apparently chosen by the King himself, picked from a range presented to him.

The monogram itself combines the initials “C” representing his name and “R” representing Rex, which is the Latin for king. Additionally there are the three III’s incorporated within the head of the “R”. This visual identity for the new reign, replaces the E II R used for Queen Elizabeth II.

The cypher for the new monarch had its first application in the Buckingham Palace post room on Tuesday, when it was used to frank letters from the Royal Households. Over the coming weeks and months it will be used more and more widely on things such as official uniforms, official stationery and attached to public buildings.

In Scotland the version will be slightly different with the Scottish crown featuring instead.

Only brand new post boxes will bear the monogram though as it simply would not be a cost effective exercise to replace all those in use. Indeed there are still original cyphers visible on boxes around the country from the reigns of Queen Victoria, Edward VII, George V and VI.

The Royal Mail confirmed that any boxes that were in the construction stage will still be completed with the late Queen’s cypher on them.

Coins featuring the portrait of King Charles III will enter circulation in the UK, it has also been confirmed. He will become the first king on British coins since 1952. The Royal Mint, based in Llantrisant, Rhondda Cynon Taf, will produce the coins in line with demand from banks and post offices.

They reported that as of yet, no date has been set to put them into public circulation, but they explained that there are plans to release more details of how they will look in the coming weeks, but the Royal Mint Museum clarified that tradition has it that the profile of any new monarch displayed on coins has to face the opposite direction to that of their predecessor, suggesting that Charles III will face left.

It is understood that there are approximately 27 billion coins from the reign of Queen Elizabeth II currently in circulation. Those depicting Queen Elizabeth II will be slowly replaced over time as they become damaged or worn, and to meet demand for additional coins.

The Royal Mint said they were proud to have struck each UK coin of Her Late Majesty’s reign, documenting her journey from young Queen to respected Head of State. They said in a statement: “As official coin maker to the UK, we have told the story of each monarch since Alfred the Great and are now preparing for the biggest change in British coinage for several decades.”

New notes not expected until 2024

The Bank of England reiterated a statement they had previously released stating that new bank notes featuring a portrait of King Charles III are “expected to enter circulation by mid-2024”, with the image to be revealed before the end of 2022.

Existing banknotes and coins with effigy’s of both Charles and Elizabeth will be valid and used alongside each other as legal tender for the foreseeable future, stretching into many years.

Commemorative stamps to be released

To commemorate the late Queen, the Royal Mail has announced that a set of four memorial stamps are to be released and on sale from 10 November showing portraits of Elizabeth II taken at different stages during her reign.

The oldest photograph used in the series was taken by Dorothy Wilding in 1952, to the Queen’s accession and will feature on second-class stamps. One of the first-class stamps has a photo taken by royal photographer Cecil Beaton back in 1968, where she is standing in her admiral’s cloak with her head tilted to the left. A portrait taken in November 1984 by Yousuf Karsh will appear on the £1.85 stamps; and a 1996 photograph by Tim Graham showing when the Queen attended a banquet at Prague Castle during her visit to the Czech Republic, will be the image on the £2.55 stamps.

There will be opportunity to purchase a presentation pack of all four stamps priced at £6.95.

Simon Thompson, CEO of Royal Mail, said: “Today we are unveiling these stamps, the first to be approved by His Majesty The King, in tribute to a woman whose commitment to public service and duty was unparalleled in the history of this country.”

New stamps only when current stocks run out

The company has also confirmed new stamps featuring King Charles III will be released once current stocks are “exhausted”. The images of the new stamps, the timings of their release, and the new silhouette will be revealed at a later date.