The royal symbols that will now need to change 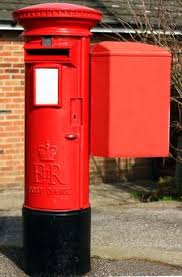 At 96-years-old, it should not have been too much of a surprise when the sad news came through on 8 September that the Queen had passed away. However, anybody of an age below their late seventies, would not have known anything other than a world with Queen Elizabeth at the helm, so it left everyone stunned, and particularly so as it came just 48 hours after she appointed her 15th Prime Minister, looking admittedly frail, but still bright and cheerful, so her apparent rapid deterioration was definitely a shock for many.

Life without her will take some adjustment and in reality it probably will not sink in for a while. Perhaps not in fact until every day objects start to change from having markings representing the Queen, change to markings for the King. Some are more necessary than others, some can be carried out relatively easily, others will take years, and will be a huge and costly task, and indeed, some that may never be fully completed. Below are just some examples:

When postboxes are made, they are given the mark of the monarch ruling at the time. Most of the Royal Mail postboxes are marked with ERII, which stands for Elizabeth Regina II and they should realistically change to CRIII, to represent the new King. However, the Postal Museum notes that this will only happen when new postal boxes are added, meaning that the old ones will not change.

Indeed, to prove the point, some that are inscribed with King George VI’s GR cypher actually still remain in use today. So with more than 100,000 estimated to be dotted around Britain, it would take a long time to replace them all, for no benefit what so ever.

There are 4.5bn sterling bank notes in circulation all with Queen Elizabeth’s face on them, worth a combined £80bn. Replacing them with alternatives featuring the head of the new monarch is likely to take at least two years. When the latest synthetic £50 notes were issued, the process of recall and replacement took the Bank of England in excess of 16 months to complete.

Traditionally, monarchs being represented on the coinage, always face the opposite direction to their predecessor. The exception to this was in the brief reign of Edward VIII. He liked portraits of himself facing to the left, even though, according to tradition, he should have faced to the right – talk about vanity! Designs for proposed coins for his reign show Edward VIII indeed facing to the left, but so short was his reign, they never made it into circulation. The tradition was restored in the reign of George VI, with his portrait facing left as if Edward VIII had faced right. So if this practice continues, Charles III will also be facing left, because Queen Elizabeth II, was facing to the right throughout her time.

As well as postboxes, the Royal Mail will commission new stamps bearing the King’s profile, to replace that of his mother, but those in stock will be allowed to be used for some considerable time to come, before being gradually phased out.

Passports currently state: “Her Britannic Majesty’s Secretary of State requests and requires in the name of Her Majesty all those whom it may concern to allow the bearer to pass freely without let or hindrance and to afford the bearer such assistance and protection as may be necessary.”

It is expected this will be changed to the male pronoun for any new passports. However, any older passports that do not have the new phrasing would be unaffected and not forced to change until they are renewed, which for anybody who has replaced theirs recently, could be ten years.

A royal cypher is unique to each reigning monarch and consists of their name and title. It usually appears on government buildings, uniforms, royal or state documents, and royal-affiliated items. Following Her Majesty’s death, ER could be swapped for CR. The second letter may not change because the ‘R’ can stand for either Rex or Regina, the Latin for King and Queen. However, the next royal cypher is yet to be confirmed.

The country’s leading barristers, previously known as Queen’s Counsel, have become King’s Counsel, automatically. The Bar Council, which represents barristers, said the change was immediate, meaning that barristers of that standing will now use the initials KC after their name, rather than QC.

Flags depicting the Queen in some form or another, can be found all over the commonwealth. They fly outside police stations right across the UK, and they are displayed on naval ships when a general is onboard, as just two examples. There are literally thousands of flags emblazoned with EIIR, which will now need to be replaced.

Military regiments fly “Queen’s colours”, many of which are studded with a golden embroidered EIIR; the fire department includes her initials in their ensign and countries where the Queen remains head of state, including Australia, Canada and New Zealand, have what flag experts call “E flags”, a personalized flag, which were used for the occasions when she visited.

It is possible that the royal standard, the quartered flag that flies wherever the monarch is in residence, could also change. The version used by the Queen included one quarter representing Scotland (a lion rampant), one for Ireland (a harp), and two representing England (three lions passant), but none for Wales. It has been in use since long before Wales had its own national flag, recognised in 1959. Now that Charles is the monarch, and given his long association with the country, it could incorporate a Welsh element, moving forward.

If this were to happen then the royal arms, which feature a lion and a unicorn rampant against a shield, and which are used widely on government premises and stationery, would also need to be updated, in line with any change to the royal standard.

One of the most straightforward changes should be switching the words of the national anthem from “God save our gracious Queen” to “God save our gracious King.” In theory anyway. However, in practice, maybe not so simple, especially at sporting events after a few ‘light refreshments’ pre-match. Large crowds seem to get the words out of order even now, and that is before any changes, so this will just confuse them still further.

The anthem has been in use since 1745, when an early version began: “God save great George our King.”

The Queen’s death comes at a time which is incredibly delicate for a number of Britain’s wider Commonwealth realm, which are the 14 countries of which recognise the monarch as their head of state. In many cases their constitutions state that the Queen, specifically, is the head of state. In these countries, constitutions will need to be amended to refer to her successor.

In countries such as Jamaica, where there is a strong republican movement, and Belize, these constitutional changes will also require a referendum, according to Commonwealth experts. This could spell trouble for Charles III, as there is growing disquiet in many, and after Barbados became a republic in 2021, it is likely that another prominent part of the Caribbean Commonwealth will be lost, with possibly more to follow.

Questions are also likely to arise in countries such as Papua New Guinea, Solomon Islands, Tuvalu, Antigua and Barbuda, the Bahamas, Grenada, Saint Kitts and Nevis, Saint Lucia and Saint Vincent and the Grenadines, over whether the new monarch could lawfully appoint a governor general, if the relevant country’s constitution has not been changed to refer to the King, and continues to refer to the Queen as head of state.

It could all get very messy, but nobody said being King and Head of State would be easy, something

Charles III will soon be very aware of, if he wasn’t already.