Teachers warned to stay out of politics; following threats to take industrial action 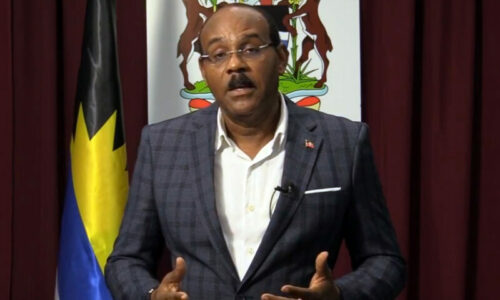 Prime Minister Gaston Browne says threats by some teachers to take industrial action are politically motivated and will not sidetrack his government.

Castro Charles, the President of the Antigua and Barbuda Union of Teachers (ABTU) said in a letter to the government on Friday afternoon that teachers will strike on Tuesday, October 4, if the government fails to provide 24-hour security at all schools on the island no later than Monday, October 3.

Charles said in the letter dated September 30 that teachers have been more than accommodating in giving the government ample opportunities to the “reign of terror that is being imposed on us by vandals”.

“We will be taking affirmative action if the appropriate interventions are not instituted immediately. According to our records, the period of September 5 2022 to September 28 2022, is marred with seven incidents of burglary and vandalism at both primary and secondary institutions,” the letter said

Furthermore, the ABUT said when these incidents occurred, teachers and even students are left with varying levels of frustration, anxiety, a decrease in morale, and loss of contact time while the perpetrators become increasingly emboldened to continue their onslaught on the country’s educational institution.

“Although the incidents of vandalism and larceny are not novel to our nation’s schools the frequency of break-ins dating back to the last academic year and the travesties associated with acts of vandalism, burning of schools administrative buildings…beckons for us to have more robust security measures instituted into our schools if we are to reduce the frequencies of these undesirable occurrences…However your response to this problem leaves much to be desired,” the letter stated

The ABUT said after further investigations, they learned that over 90% of schools identified to receive 24 hours security are still waiting to receive it, despite being given the assurance both verbally and in writing that 24 hours security will be instituted by September 15th 2022.

“Additionally up to September 29th 2022, a school did not receive any security personnel since its reopening. This dereliction of duties and responsibilities by you our employer serves to erode trust in you in regards to providing a safe and healthy environment. It also leaves our education institutions vulnerable to vandals and burglars,” the letter stated.

The letter ended by saying that the teachers will have no choice but to take industrial action.

However, Prime Minister Browne said the position of the teachers is not reasonable. “The letter was delivered after the close of business on Friday. The next business say is the 3th and they are saying they will take industrial action on the 4th…They have been critical of the government but at no point have they released a statement condemning the dastardly acts at which our schools have been vandalized, burnt, or burglarized Browne said Saturday.

Browne said that based on the frequency of these break-ins are orchestrated and politically motivated.

“Don’t think that they are happening sporadically as in the past. These are now organized break-ins and I do not doubt that they are politically motivated. It is the same playbook dating back to 1968 when members of the PLM burnt down schools,” Browne said.

Browne believes that political spin-doctors are attempting to use teachers to provoke industrial action.

“Many of you teachers are innocent and are too young to know what transpired in the late 60s and 70s. Do not allow these politically motivated teachers to lead you up a gum tree…teachers shouldn’t allow those who have their political axe to grind to intimidate them,” Browne said

He said the teachers union was already informed that providing 24 hours security in schools is too costly for the state at this time.

“We cannot afford it. We are spending about 15 million just providing security during the day. What we have said to them is that we will do is put security cameras in the schools, we said we will buy vaults to secure their valuables. We got Parcel Security to ensure security throughout the day so teachers and students are secured,” PM Browne added

Saying, “this idea that they want to hold us hostage and they want to pick a fight with us on the eve of an election, we know exactly what is happening and we want to ask them to cease and desist.”

Teachers were also put on notice that they should seek legal advice on their planned protest because they could also be violating the civil service act of 1984.