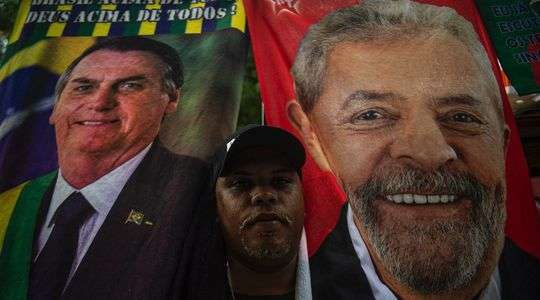 Brazilians would have to wait until October 30 before knowing its president for the next four years after there was no clear winner in last week’s election. The leading contenders, incumbent President Jair Bolsonaro and former president Luiz Inácio “Lula” da Silva, failed to get 50% of the votes, forcing the elections into a second round.

As of Sunday night, Brazil’s Electoral Superior Court (TSE) has counted almost 100% of the votes, putting former President Lula ahead with 48.4% of the total votes while incumbent president Bolsonaro trails behind with 43.2%.

The polls before the election predicted victory for Lula. After the vote counting, the former president was three points below the predictions, while Bolsonaro’s result was almost ten points higher than predicted.

Lula is confident of victory

When it became clear that a run-off election was inevitable, Lula told reporters, on Sunday night that victory would be his on October 30th when the second ballot would be conducted.

“[The second round] will be important because we will have the chance to do a face-to-face debate with the current president to know if he will keep on telling lies,” Lula, Brazil’s President from 2002 to 2010, said on Sunday.

Lula has always maintained his confidence that the election victory was his. Before the results came in, the 76-year-old enthusiastically told a crowd of supporters that nothing could stop him from winning.

“During this whole campaign, I always thought we would win, and we will win,” Lula said. “This is just a pause. Things are not good, and we need to recover this country on the world stage.”

Lula was convicted of corruption and money laundering for 19 months, which prevented him from contesting in the 2018 elections. The country’s supreme court later overturned the judgment.

“Four years ago I couldn’t vote because I had been the victim of a lie in this country. And four years later, I’m here, voting with the recognition of my total freedom and with the possibility of being president of the republic of this country again, to try to make this country return to normality,” Lula said after casting his vote.

Bolsonaro is not so confident

Incumbent President Bolsonaro might have more work to do in the next 26 days to remain the country’s president for the next four years. His speech on Sunday after the result came in shows he could be aware that he has a lot to do.

In a news conference on Sunday, Bolsonaro promised to appeal to voters who are worried about the rising cost of living in the coming campaigns.

“We have a second round ahead where everything becomes the same, the (television advertising) time for each side becomes the same. And now we are going to show it better for the Brazilian population, especially the most affected class, the consequence of the ‘stay at home, we’ll see the economy later’ policy,” Bolsonaro said.

Bolsonaro, although being president, has consistently maintained that the electoral voting system was fraudulent. Analysts have said he might not accept the outcome of the result if he loses. Others feel his views signify a man already seeing the handwriting on the wall.

The contest was not between the incumbent president and the former president. There were several other contenders, including Simone Tebet of the Brazilian Democratic Movement, who came third with 4.1% of the votes, and Ciro Gomes of the Democratic Labour Party who scored 3.05% of the vote.

Gomes said at a news conference on Sunday that the political polarization in the country was worrisome.

“I have never seen a situation so complex, so challenging, so potentially threatening our fortunes as a nation,” he said.

The 155 million voters in Brazil will now have a chance to choose between the two leading contenders on October 30.