“I had nothing to do with Nigel Christians’ murder”…PM Browne 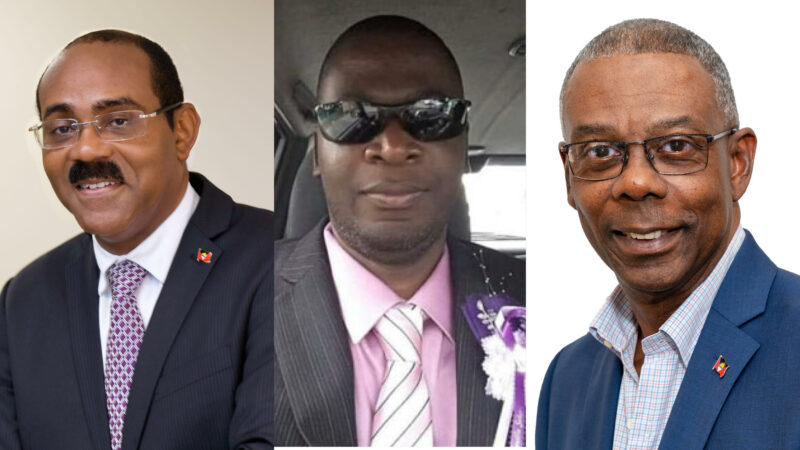 Prime Minister Gaston Browne is not taking back statements he made at a Town Hall meeting in New York about slain customs officer Nigel Christian. In fact, he is justifying his remarks, accusing whom he called “Nigel Christian Bullies”, of trying to cause trouble.

Browne was questioned about the matter when he met with Antiguans and Barbudans living in the diaspora but his response did not sit well with many people, including Christian’s family and UPP Leader Harold Lovell

He said “I want to warn you all…whenever law enforcement picks up anyone involved in nefarious activities, they don’t go and kill law enforcement unless there are relationships that exist above and beyond whatever infraction may have been committed…I want to warn you all…we will make certain information available because some of you are all benefiting from monies that were left behind. Don’t let me have to talk,” Browne said.

Following these statements, Browne was heavily criticized. The UPP leader for one came out swinging at the prime minister, saying that his comments were “nasty, cold, heartless, insensitive, and narcissistic”.

“The Prime Minister says the matter is before the courts; when you say that, you expect that to mean he will not say anything that could prejudice the outcome of the trial, but then he goes on to make the most outrageous comments. “When you listen to it, you wonder is this really what this man is saying? Is he so dumb? Is he so callous that he could be saying something like this man was involved in some kind of nefarious activities and that’s why he met his death? “Is that what he is saying? Is he trying to confuse people? Is he trying to throw doubt? Is he trying to protect the perpetrators”,? Lovell said.

Browne’s comments, Lovell said, beg the question of whether the PM has information on the incident that he is withholding from law enforcement.

“Now, if they do have such information, then shouldn’t this information be the result of a proper police report which is a matter that the police have chosen not to share with the public? Why would he go to a public forum in New York and begin to expose things that he claims that he has?” Lovell questioned.

But Prime Minister Browne said on Saturday night that over the past two years, UPP activists have tried to use the Nigel Christian matter as a political tool to undermine the Labour Party and its leader.

“They have been trying to prejudice the thinking of the people using the rhetoric that the forging of my signature involving some customs warrants which I announced publicly which I announced two years ago is associated with Nigel’s death,” PM Browne

In addition, PM Browne said while the politics in the twin island state can be very personal and hostile, to try to suggest that members of the government are involved is evil.

“…I gave the family a commitment that we would not leave any stone unturned. It is the first case in the history of the country in which we invited both Scotland Yard as well as the FBI to assist us. The FBI did give is a significant amount of assistance and this is why we were able to get sufficient evidence to the extent that we now have three individuals who are faced with the charge of murder,” Browne said.

Browne is also refuting claims that his government has been trying to sweep the matter under the carpet.

Adding, “I think I have a right to speak about the policies surrounding the case. We have some very fickle-minded people who could believe that the prime minister is involved,”.

Browne maintains that he is not involved in the matter whether directly or indirectly.

“They can judge me all they want but I know who I am…”, he added.

Christian, 44, was abducted from his McKinnon’s home on July 10, 2020. The high-ranking official’s body was found hours later in Thibou’s area riddled with bullets.

In April 2021, three men— Lasean Bully of Cashew Hill; Wayne Thomas of Hatton; and Salem Harrigan of Greenbay —were charged with killing Christian. They have been going from their prison cell to a courtroom for over a year, waiting to hear whether the police have mounted enough evidence against them.

On Wednesday last week, they were told by Magistrate Ngaio Emanuel-Edwards that there is indeed a prima facie case against them about the killing of Customs officer Nigel Christian.

The prosecution has over 40 pieces of evidence and more than 50 witnesses that they could call to the stand if necessary.