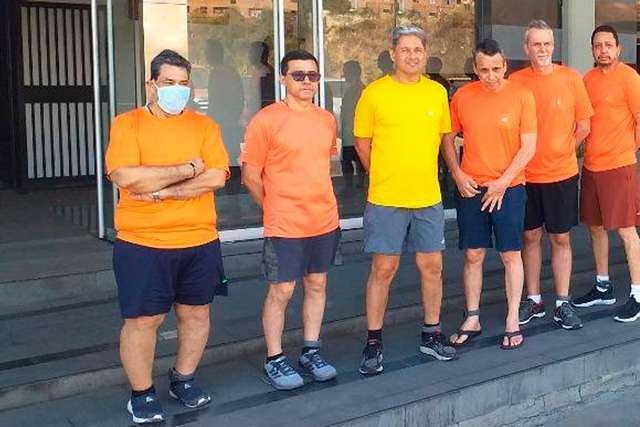 Two relatives of Venezuelan President Nicholas Maduro were freed on Saturday in what is being called a swap with the United States.

Venezuela freed seven Americans, including five oil executives, in exchange for two relatives of Maduro who were serving jail time in the United States on drug convictions.

According to US officials, the swap included executives of Citgo Petroleum held for years, in addition to U.S. Marine veteran Matthew Heath and another U.S. citizen named Osman Khan. They were exchanged for two of Maduro’s wife’s nephews, who were arrested in 2015.

President Joe Biden said in a statement that the “wrongfully detained” Americans would soon be reunited with their relatives.

“Today, we celebrate that seven families will be whole once more. To all the families who are still suffering and separated from their loved ones who are wrongfully detained – know that we remain dedicated to securing their release,” Biden said.

The prisoner transfer took place at an airport in an unspecified third country and followed months of secretive talks with Maduro’s socialist government, which is under strict U.S. sanctions, including on the OPEC nation’s energy sector.

All this comes at came at a time when Washington is under growing pressure to do more to secure freedom for dozens of Americans held abroad. Much of the Biden administration’s focus has been on Russia’s detention of WNBA star Brittney Griner and another American, Paul Whelan.

Maduro’s government said in a statement that as a result of talks that started in March two young Venezuelans “unjustly” held in the United States were freed, as well as a group of U.S. citizens who were subject to Venezuelan court proceedings and were released for “humanitarian reasons.”

The freed Americans were all in stable health and “overjoyed to be heading home,” while the two Venezuelans were en route back to the South American country, a senior Biden administration official told reporters in a telephone briefing.

Biden approved the exchange weeks ago, making a “tough decision, a painful decision” that the release of the two Venezuelans was essential to securing the Americans’ freedom. U.S. officials have previously said in private that Maduro wanted to use the detainees as bargaining chips.

The swap, which included Biden granting clemency to the two Venezuelans who U.S. authorities had dubbed the “narco nephews,” has not altered Washington’s policy toward Venezuela, a senior administration official said.

The Biden administration has only slightly eased Trump-era sanctions on Venezuela, saying it will consider more significant steps if Maduro returns to negotiations with the Venezuelan opposition and there is progress toward free elections.

At least four other Americans are still detained in Venezuela, including two former U.S. Army Special Forces members, Luke Denman and Airan Berry, who were arrested in 2020 in connection with a botched raid aimed at ousting Maduro.

Venezuela released two jailed U.S. citizens in March following a visit to Caracas by the highest-level U.S. delegation in years.