The U.S offers to swap arms dealer for two citizens in russian prison 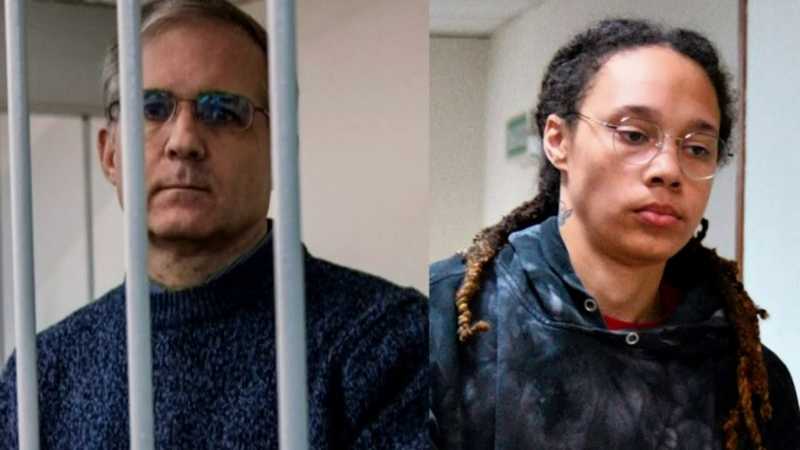 In a surprising move, Secretary of State Anthony Blinken said the Biden administration proposed a prisoner swap to bring back the two Americans. Although Mr. Blinken did not disclose the details of the swap deal, CNN reported that Viktor Bout, a notable arms dealer currently serving 25 years in a U.S prison, was the possible party to the swap negotiations.

Mr. Blinken said President Biden was directly involved in the proposal, as he has personally signed it.

“In terms of the President, of course, he was not only directly involved, he signs off on any proposal that we make, and certainly when it comes to Americans who are being arbitrarily detained abroad, including in this specific case,” Mr. Blinken said.

“There is in my mind utility in conveying clear, direct messages to the Russians on key priorities for us. And as I mentioned, these include securing the return home of Brittney Griner and Paul Whelan,” he added.

According to CNN, a top official of the U.S government said the Russian government was not responding to proposals as expected.

“We start all negotiations to bring home Americans held hostage or wrongfully detained with a bad actor on the other side. We start all of these with somebody who has taken a human being American and treated them as a bargaining chip,” the U.S official said.

“So in some ways, it’s not surprising, even if it’s disheartening, when those same actors don’t necessarily respond directly to our offers, don’t engage constructively in negotiations,” the official added.

WHO IS VIKTOR BOUT?

Viktor Bout was a former Soviet military officer who was arrested for conspiring to kill Americans. He was accused of acquiring and exporting anti-aircraft missiles and supporting a terrorist organization. He was sentenced to 25 years behind bars in 2012, a decision the Kremlin described as “baseless and biased.” Viktor has denied all the accusations against him.

The convicted Russian arms dealer was nicknamed the “Merchant of Death by his accusers.

According to Preet Bharara, the US attorney in Manhattan when Bout was sentenced in 2012, “Viktor Bout has been international arms trafficking enemy number one for many years, arming some of the most violent conflicts around the globe.”

“He was finally brought to justice in an American court for agreeing to provide a staggering number of military-grade weapons to an avowed terrorist organization committed to killing Americans,” Preet added.

It would be unlikely for Russia to accept one prisoner in exchange for the two Americans in its custody, as multiple Russians are imprisoned outside the country.

On Friday, after a conversation between Bliken and the Russian foreign minister, CNN reported that the Russian government is demanding another murder suspect as part of the deal.

It reported that the Russian government requested the release of a former colonel from the country’s spy agency, who was imprisoned in Germany for the murder of a former Chechen fighter, Zelimkhan “Tornike” Khangoshvili. He was sentenced to life imprisonment.

Investigations show that the U.S considers the request by Russia to be problematic. However, analysts believe that Russia is only using it as a strategy to buy time until the case involving Brittney is concluded.

WHO ARE PAUL WHELAN AND BRITTNEY GRINER?

Paul Whelan is a Canadian American who was accused of spying on Russia. He was arrested in December 2018 by Russian security forces in a hotel room. He later received a 16 years sentence in July 2020.

Since his arrest, members of his family, including his twin brother, have been mounting pressure on the government to negotiate his release. David Whelan has commended President Biden for the proposed prisoner’s swap.

“It’s very positive. This is an obvious attempt by the American government to find a concession that the Russian government might want in order to allow Paul and also Ms. Griner to be released,” David Whelan told CNN.

“It looks like President (Joe) Biden is committed to making the difficult decisions to bringing Americans home. And I’m grateful for that,” he added.

Brittney Yevette Griner, 31, is a professional basketball player in the U.S. She is the only NCAA basketball player to score 2,000 points and block 500 shots. She represented the United States in the 2016 and 2020 Olympic games and won gold medals in the two competitions.

In February 2022, the Russian Customs arrested Grinney after a cartridge containing hashish oil was found in her bag. Her trial began on July 1, and the basketballer pleaded guilty to the charges. She will soon receive her sentence, and once it happened, Russia will be in a better position to negotiate the prisoners’ swap.