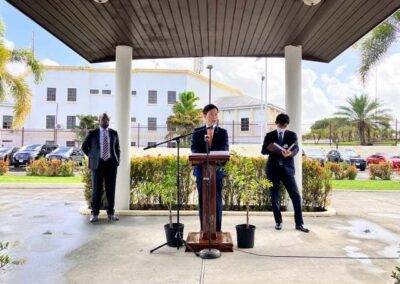 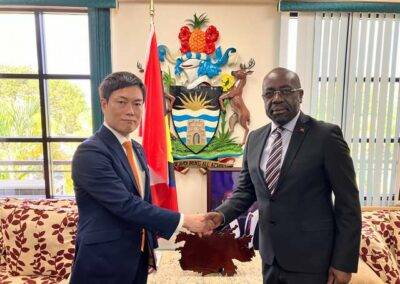 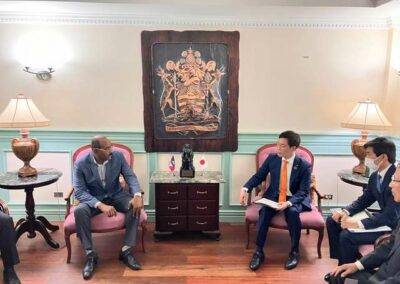 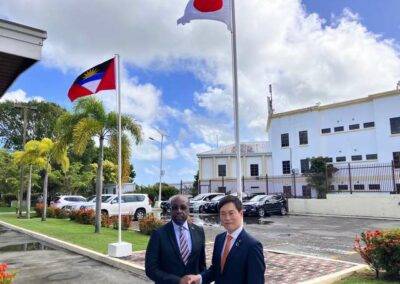 From purchasing, equipment to fight Sargassum Seaweed, to pumping millions into the country’s economy to assist in water and fisheries, the government of Japan has surely made its mark over the years

And today, as the country celebrates the establishment of diplomatic relations with the government of Antigua and Barbuda some forty years ago, Japan has stood the test of being a loyal friend to the twin island nation

The two countries share basic values such as freedom and have developed relations in various fields since the establishment of diplomatic relations.

The government also expressed its commitment to further expand and strengthen bilateral relations.

Under this commitment, the Ministries of Foreign Affairs of both countries will engage in extensive discussions to expand and deepen the exchanges, cooperation, and friendship ties between the two countries in a wide range of areas, including cultural, educational and academic exchanges, economic cooperation as well as cooperation in the international arena.