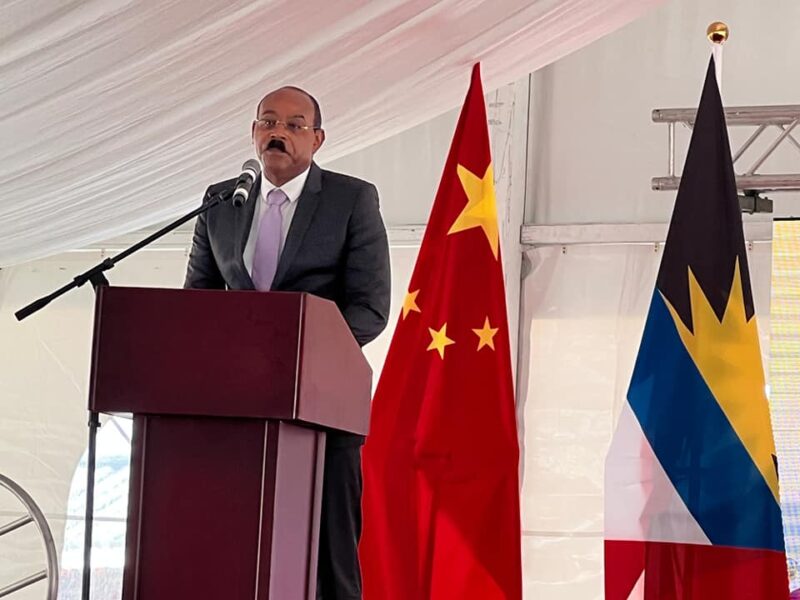 Today, January 1st, 2023, marks the 40th anniversary of the establishment of diplomatic ties between Antigua and Barbuda and the People’s Republic of China (PRC).

To mark the occasion, there have been exchanges in messages of congratulations dispatched from both St. John’s and from Beijing to senior officials of the two governments expressing a continued desire for the already very good relations to further deepen and strengthen.

“The establishment of diplomatic relations between our two countries on January 1, 1983, was intended to mark a new beginning between the most populous state in the world, and the smallest sovereign state in existence then. Those relations have matured. Antigua and Barbuda has adhered strongly to a one-China policy. The four administrations have provided political and other support, flowing from Antigua and Barbuda to China in the several international fora where our countries jointly serve,” Prime Minister Gaston Browne stated in his letter addressed to His Excellency Premier Li Keqiang of the PRC.

PM Browne noted that Antigua and Barbuda has received significant cooperation through grants and soft loans from the People’s Republic of China in those years. “A friendship bridge which connects the south of Antigua with the northern half during floods and downpours marked the start of our friendship. Most recently, a modern airport terminal, a re-built and enlarged cargo port, and a planned housing project continue to characterize the relations between our states,” he added.

For his part, Foreign Affairs Minister E. P Chet Greene said the observance of 40 years of diplomatic ties, provides an opportunity for reflection on the achievements of the past four decades. “The People’s Republic of China has played a significant role in the promotion of our national development and has been a generous provider of technical support in various fields, which has resulted in quantifiable benefits for the people of Antigua and Barbuda.

“In 2017 when Hurricane Irma ravaged through the nation of Barbuda, the People’s Republic of China offered humanitarian aid to assist the residence in this dire time of need. Your steadfast commitment to ensuring the safety of the people of Antigua and Barbuda has and will continue to be highly appreciated,” Greene declared.

The 40th anniversary of diplomatic tires will be marked by an official flag-raising ceremony on the grounds of the Office of the Prime Minister at a date to be announced.