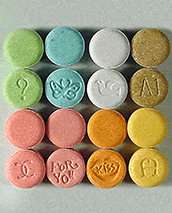 The Jamaica government has hinted at legislation against dealers and users of the illegal mood-altering drug Molly.

The Office of the Prime Minister said on Wednesday that laws should be enacted to capture the threats of “psychoactive substances”, like Molly and hold traffickers accountable.

Prime Minister Andrew Holness became aware of the increased use of the substance among the youth in September during the monthly sitting of the National Security Council, where the National Council on Drug Abuse presented its findings.

Attorney-at-law Peter Champagnie, who was a part of the 37-minute documentary on the growing use of Molly pills at parties, underscored that parents of youngsters using the drug could find themselves in a legal dilemma.

In response to the Government’s decision to put legislation in place regarding the drug, Champagnie told the Observer that it is a national good.

“The prime minister must be commended for that. It is necessary because gone are the days when the mainstream drugs were ganja and cocaine. There are derivatives of all kinds of drugs now, and this kind of generation is exposed to them in a way that was never so before. So it’s welcomed news and commendation,” he said.

One individual who distributes the pills claimed that he did not know they were illegal.

“I didn’t know they were illegal. People call and order them for parties. A lot of schoolchildren want them, but I don’t sell children. That don’t mean others not selling them,” he said.

A police constable a few weeks ago reached out to the Observer, on condition of anonymity, and shared that his 16-year-old cousin’s encounter with Molly at a pill party sent their family into panic mode and ultimately resulted in her having to seek professional help.

He stated that the same emphasis that is placed on marijuana and cocaine abstinence should be placed on Molly as well, describing its use among the youth as an epidemic.

The Pharmaceutical Society of Jamaica Secretary Kevar Bennett said a quicker response time from the Government may have been affected by investigations.

“We all would expect some sort of intervention from the Government, especially the Ministry of Education, where the issue seems to be plaguing our youth. Many of them would have been exposed from as early as the high school stage.

The matter of sooner or later is technical as there would need to be some sort of assessment and consultation amongst our youth population. It is very promising to know that the Government is taking steps to safeguard our youths against substance abuse that can have a devastating impact on their future,” the secretary said.

Dr. Soliman Hegazy, consultant cardiologist at HIC had listed several heart complications that could arise as a result of repeated use of illegal drugs and he too anticipated a quick response from the Government.

“I wished that my message would ring a national alert to take some legislative response to prevent such a national disaster. For the sake of the Jamaican population, I expected a rapid response to prevent a such problem that would have an impact on our young generation and would directly be related to the increased crime and violence in the country,” Hegazy said.

In September, Minister of Health and Wellness, Dr. Christopher Tufton, encouraged parents and guardians to converse with their children and monitor their activities to prevent what he describes as a possible substance-abuse crisis.

Tufton was addressing a joint press conference with the Ministry of Education and Youth against the background of the findings of the ‘Rapid Situation Assessment on Substance Use and Urgent Issues in Secondary Schools.

Among the findings was information pointing to the emergence of the harmful party drug ‘Molly’, and the ease of access and exposure to the drug.

Dr. Tufton said the assessment unearthed several associated issues, including anxiety, depression, and suicidal ideation, noting that “in conjunction with substance use, the combination of issues affecting our students are urgent and alarming”.