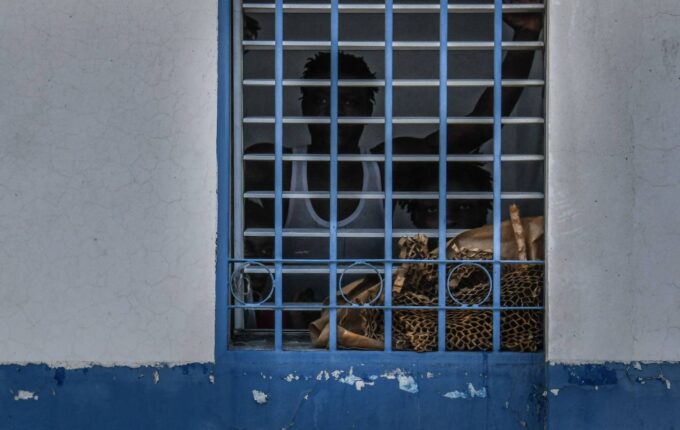 With the swift rise in cholera cases in Haiti and concerns over the country’s severely crowded prison system and dwindling supplies of clean water, a non-profit organization has called on the government to release certain inmates.

The organization which provides medical care to inmates; Health through Walls says in addition to the inmates, kitchen workers, health staff and security guards were also at risk.

“Immediate action is necessary to avert more preventable deaths within the prisons. The situation has not been direr,” the organization said.

Health Through Walls has asked Haiti’s Justice Minister to release inmates who are critically ill, malnourished, or those who have served their time but have not gone to trial, among others.

“Pretrial detention continues to fill the prisons and is creating additional stress in the justice system during this crisis period when basic needs cannot be met,” the organization said.

The french speaking country has reached out to the international community for help as gangs and anti-government protesters continue to paralyze the country, resulting in a shortage of food, water, fuel, and basic supplies.

Ned Price the US State Department spokesman said on Tuesday that the government is reviewing Haiti’s request for help.

“We strongly condemn all of those who stand in the way of the equitable and immediate distribution of much-needed humanitarian supplies.

This is a status quo that cannot persist, and we will continue to work and speak with international partners on ways that we can facilitate the delivery of vital humanitarian assistance to the Haitian people, including critical medical support to address the cholera outbreak,” he said.

Last week the country recorded its first cholera death in three years, as well as over 100 suspected cases, particularly in the country’s 20 penal institutions.

In Haiti’s largest prison, the National Penitentiary in Port-au-Prince, which houses over 4,000 inmates at least 20 deaths have been reported, five confirmed cases, and over 200 cases of extreme diarrhea in just one week, the co-founder of the nonprofit organization Michelle Karshan said.

Health advocates are extremely concerned about the occupancy rate in the country’s four main prisons which exceeds more than 400 percent.

Additionally, a recent United Nations report found that there was a major shortage of food, water, and medical supplies in the prisons.

More than 180 inmates have died of severe malnutrition, this year alone according to a letter from the United Nations secretary-general.

The organization’s request comes days after UN Secretary-General António Guterres noted in a letter to the Security Council that Haiti’s prison system needs to be improved, “considering the alarmingly overcrowded prison system.”

In a statement last week, the United Nations said that it is working with Haiti’s government to “mount an emergency response to this potential cholera outbreak.”

The entrance to the main fuel terminal in the capital of Port-au-Prince remains under the control of Haiti’s most powerful gang.

The absence of fuel and an increasing number of roadblocks have prevented water trucks from providing potable water even to those who can afford it.

Caribbean Bottling Company announced recently that it could no longer produce or distribute potable water because its diesel reserves were “completely depleted,” adding that the lack of such a vital resource would affect “all sectors of society.”

Health officials report that they were trying to visit communities where cholera has been reported, but their department to has been affected by a lack of fuel.

The health ministry Director General had called on the individuals blocking the gas terminal and organizing protests to “have a conscience.”

“This is a real problem,” he said of how the country has virtually been paralyzed. “We’re hoping this will not spread,” he added.

In a country of more than 11 million people, Haiti’s last cholera epidemic sickened more than 850,000 people, marking one of the world’s worst outbreaks of the preventable disease in recent history.

United Nations peacekeepers from Nepal were blamed for introducing cholera into Haiti’s largest river in October 2010 by sewage.