WHO challenged its efforts to fight Haiti’s cholera outbreak. 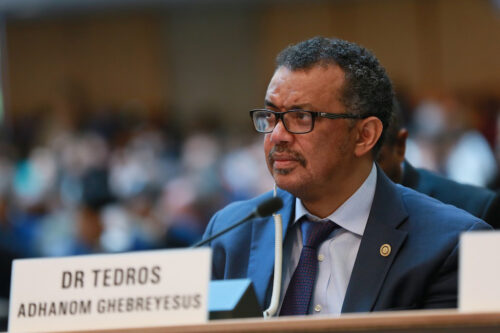 Concerns over the cholera outbreak in Haiti are growing and the World Health Organization (WHO) has announced that it is being challenged in its efforts to fight the extremely virulent disease.

According to the authorities, 16 people have died so far and there are over 220 suspected cases as of last Sunday since the outbreak in the capital Port-au-Prince earlier this month.

Children under the age of five make up a quarter of those suspected cases.

Director of the World Health Organization (WHO) Tedros Adhanom Ghebreyesus during his weekly press conference on Wednesday said “the situation is evolving rapidly, and it is possible that earlier or additional cases have not been detected”.

Teams are working in areas such as surveillance, case management, water and sanitation, vaccination, and community engagement.

The cholera outbreak is occurring at a time when there is mounting insecurity and an economic crisis in Haiti with gangs blocking access to the main fuel terminal in the capital city, causing major gas and fuel shortages that are also affecting healthcare services.

Ghebreyesus said that surveillance is being carried out under extremely difficult circumstances.

“The affected areas are very insecure and controlled by gangs, which makes it very difficult to collect samples and delays laboratory confirmation of cases and deaths.

In addition, fuel shortages are making it harder for health workers to get to work, causing health facilities to close and disrupting access to health services for people who live in some of the most deprived communities,” the WHO director stated.

The organization along with the health ministry and partners in Haiti is working to coordinate the response to the outbreak.

Earlier this week a non-profit organization in Haiti called on the government to release certain inmates amid the growing number of cases and suspected cases in the country’s 20 penal institutions.