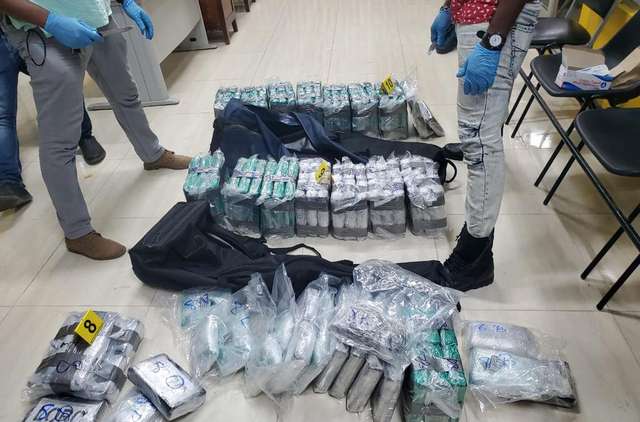 Law enforcement agencies in Antigua and Barbuda formed part of a major operation that has led to the seizure of some 350 weapons, 3,300 rounds of ammunition, and record drug hauls across the Caribbean.

Police made a total of 510 arrests during the week-long operation, including the subject of an INTERPOL Red Notice wanted for murder.

Antigua and Barbuda Police, Customs and Excise Division, and Immigration and Defense Force were all part of the team.

Trigger 7 actions also led to the seizure of 10.1 tonnes of cocaine and 2.5 tonnes of cannabis, highlighting the convergence of trafficking routes and the use of firearms used to control the illegal drug trade.

Lt. Col. Michael Jones, Executive Director of CARICOM IMPACS, said: “Without this cohesive action among agencies, our region will not be able to effectively tackle illicit trafficking and by extension, transnational organized crime.”

Operation Trigger VII allowed authorities to gain a better understanding of existing threats, patterns, trends, and smuggling channels within the region, hence ultimately saving lives. I am indeed proud of the role CARICOM IMPACS played in the exercise and more so of its role as a coordination hub,” concluded Mr. Jones.

Stephen Kavanagh, INTERPOL’s Executive Director of Police Services, highlighted that the operation was the first joint effort between INTERPOL and CARICOM IMPACS against firearms and would likely yield results for months to come as investigations continue.

The operation was carried out under the framework of INTERPOL’s Project Target, funded by the German Federal Foreign Office.