“No MOU was signed with Apple Vacations” …Melford Nicholas 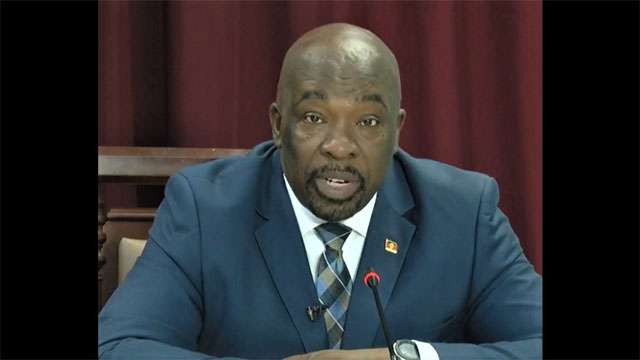 There was no signed agreement with Apple Vacations. So, the report in July that the government had signed a Memorandum of Understanding with the company to take over Jolly Beach was total misinformation.

In fact, the company; one of North America’s fastest-growing leisure resorts in the Caribbean, Central America and Europe will have no part to play with Jolly Beach.

“No, we did not sign an agreement with Apple Vacations. There was a proposed MOU but as we had indicated we had a couple of options in terms of settling out on how we were dealing with Jolly Beach, and at the background of all of that was the negotiations about the transition of ownership that having now been complete the government has been in a position to make a determination as to what option we chose. But even as it was in the form of an MOU, it would have been non-binding and all a part of the negotiation position,” Information Minister Melford Nicholas said Thursday.

But this may not be the end for Apple Vacations, as Nicholas said his government hopes to partner with the company on future projects.

“We still want to maintain an engagement with Apple Vacations because there are other properties that we would like to see developed, certainly next year, and we want to give some of those options or engage Apple Vacations in some of those options like I mentioned the one at Morris Bay. They are no longer going to be involved in the operational management of Jolly Beach, that arrangement goes to Elite groups headed by Mr. Rob Barrett and, of course, we continue to engage both them and the Sandals group,” he said.

While the government worked towards getting the hotel operational following its closure two years ago, many options were explored.

In the final analysis, and after robust and perhaps tough negotiations, the government was finally able to strike a deal with major hotelier Rob Barett of Elite Island Resorts.

Barett is pumping US$6 Million into the hotel as a loan to the government. That money is expected to have about 100 rooms ready for the upcoming tourist season/.