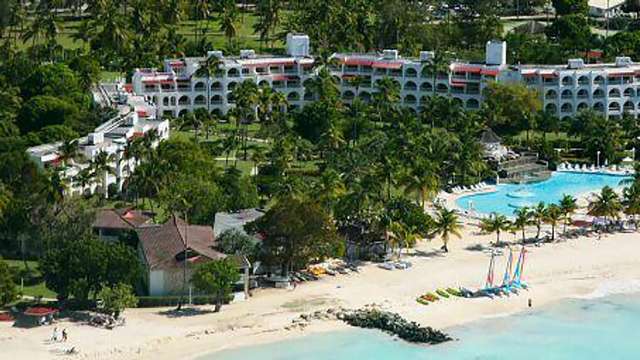 Former Jolly Beach Resort workers who have been fighting for almost two years to get severance and other entitlements should start receiving payments as soon as next week Friday.

That’s because the government has partnered with Rob Barrett to restore the Jolly Beach Resort after two years.

An agreement was signed between the government and the businessman Wednesday afternoon.

Tourism Minister Charles ‘Max’ Fernandez said “We signed today with the Barrett Group to immediately start work on the Jolly Beach property. The course aims to get at least 100 rooms up by the end of December. The height of the season starts in January…We have managed to agree with the Barett group and we are excited”.

The return of Barret as an investor in the hotel came as a shock as just a few months ago it was revealed that the Elite Islands Resort owner had pulled out of those negotiations.

“I think he is a very hard negotiator through his credit and the prime minister and the Cabinet were also hard negotiators. It was just a matter of coming to a consensus where everybody felt that in Mr. Barett’s case, he wanted to come out with a deal that is in his liking…” Fernandez said.

“Barett wants to start right away so he can have the hotel or at least 100 rooms ready by the end of December. So he is saying even if we don’t have the money at hand, he will start with his financing,”.

This paved the way for Apple Vacations, a leisure resort company, which recently signed an agreement with the government to manage the bookings of the hotel once it is up and running, the repairs still however remained a responsibility of the state.

But Fernandez addressed that as well.

In early June, Prime Minister Gaston Browne said that under the agreement with Elite, US$10 million would be invested into the property as part of a loan to the government.

The money would have gone towards the repair and rebuilding of several of the hotel’s structures, according to Browne, and also aid with compensating the resort’s former workers who are collectively owed more than EC$7 million in severance and outstanding pay.

He will however be investing US $6 million into the project to immediately begin the construction of 100 rooms and to begin the dissemination of severance to the former workers who are owed over US$7 million.

“Work will start by the weekend and by next week, the first thing that has to be done is to settle the severance to the start. They should start to receive their checks hopefully by Friday,” Fernandez added.

The money is a loan to the government to repair the hotel and rebuild some of its structures which they are expected to pay back but in no particular time frame.