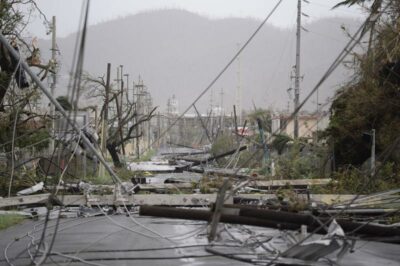 A probe had been launched by Puerto Rico’s Energy Bureau into the operations of a private electricity company after numerous residents there began complaining of being charged for electricity, they didn’t use following the passage of following Hurricane Fiona.

The entire island was left without power when the category 1 storm hit the island.

Luma Energy has been asked by the Bureau to cease any practice that hinders consumers from querying their bills via phone or online while asking the company to extend the deadline for customers to file their complaints.

The company has also been asked to provide evidence that it was complying with the bureau’s orders within 10 days.

Over 8,500 of Luma’s 1.47 million customers are still without power more than a month after the passage of the storm which hit Puerto Rico’s southwest region.

Officials of the power company have noted that restoring power in part has been complicated by the crumbling state of Puerto Rico’s grid, which was severely impacted by Hurricane Maria in 2017 further stating that reconstruction of the grid has only recently started.

Luma, has faced growing criticism over lengthy outages even prior to the passage of Fiona.

The company took over the transmission and distribution of power in Puerto Rico over a year ago.