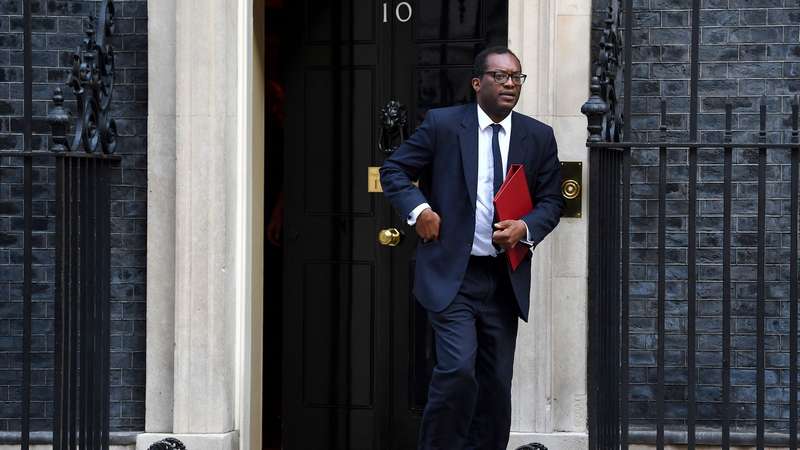 British Prime Minister, Liz Truss, has sacked finance minister Kwasi Kwarteng after the UK market dwindled significantly in response to the significant tax cut introduced by the government in its new economic plan.

Truss said she acted decisively to ensure the country’s economic stability but admitted that the decision was a difficult one to make.

“As prime minister, I will always act in the national interest,” Truss said.  “I want to be honest: this is difficult.”

On September 23, Chancellor Kwasi Kwarteng, on behalf of the Truss government released a growth plan, which included massive tax cuts. The proposed policies created doubts in the minds of investors and sent the British pound to its lowest point in history, almost reaching parity with the US dollar.

Although Kwasi Kwarteng later made a U-turn on the tax cuts, that was not enough to bring stability to the country’s economy. To save the situation, Liz Truss has taken the tough decision of firing one of her most trusted allies.

Despite his short time as Chancellor, Kwasi Kwarteng said it was a privilege to serve as Truss’ first finance minister. In a letter shared on Twitter, he said his sack does not change the fact that the UK will need to change the status quo sooner or later.

“You have asked me to stand aside as your chancellor. I have accepted,” Kwarteng said, adding that he was aware of the difficulty of the job when he accepted to serve as Chancellor at a time when oil prices and global interest rates were on the high side

“As I have said many times in the past weeks, following the status quo was simply not an option. For too long this country has been dogged by low growth rates and high taxation – that must still change if this country is to succeed,” Kwasi Kwarteng said.

“It has been an honour to serve as your first chancellor,” he added, wishing the prime minister success.

Mr Hunt previously served as foreign secretary and health secretary. He also contested to be Prime Minister but decided to support Truss’ opponent after losing his own bid.

The prime minister said her new Chancellor is “one of the most experienced and widely respected government ministers and parliamentarians.”

Members of the opposition Labour Party have criticized Liz Truss for holding a brief press conference at a time when the country needs explanations.

Shadow Chancellor, Rachel Reeves, said: Changing the Chancellor doesn’t undo the damage that’s been done,” adding that the country needs a change in government and not just a change of Chancellor.

“We don’t just need a change in Chancellor, we need a change in government,” she said. “Only Labour offers the leadership and ideas Britain needs to secure the economy and get out of this mess.”

The leader of the Labour party, Keir Starmer, was on the same page with Rachel Reeves. He said: “Changing the Chancellor doesn’t undo the damage made in Downing Street.”

“Liz Truss’ reckless approach has crashed the economy, causing mortgages to skyrocket, and has undermined Britain’s standing on the world stage,” he added.