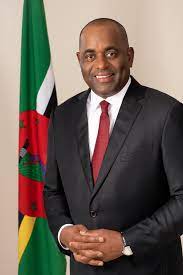 Dominica could soon see the enlistment of a cannabis industry by 2023, once the appropriate legislation receives the approval of the House of Representatives.

Under the current law, an individual can legally have 28 grams of marijuana while households are allowed to legally grow three plants.

In a recent interview, Prime Minister Roosevelt Skerrit said, “We announced in this year’s budget to provide permits and licenses for people who are in the production of marijuana oils, creams and lotions, and soaps because we recognize that there are several Dominican citizens who are suffering from cancer and who use the marijuana oil to bring some relief to them.”

According to him, there are numerous testimonies that this indeed works.

“So we are in the process of putting the mechanism in place and certification of that which will also involve providing certificates for growers, farmers to be able to plant and grow this marijuana,” Skerrit said.

He said the country is receiving guidance from the Canadian government adding that there are several processes to complete, with the country’s Attorney General Levi Peter examining the legislation and the various treaties that need to be signed off on.

“So, we are moving apace, and I believe come next year we will certainly be in a position to pass this legislation and to have a full-fledged cannabis industry in Dominica so we can take advantage of the numerous opportunities where cannabis is concerned,” the Dominica leader said.