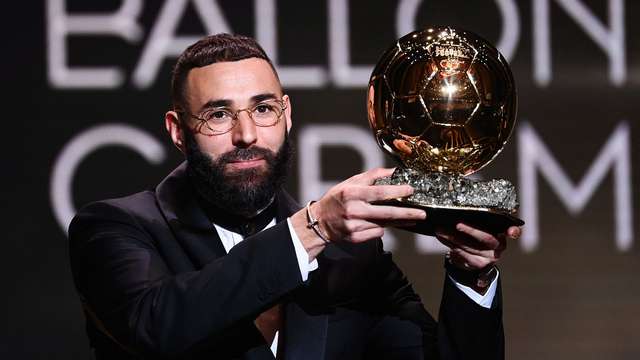 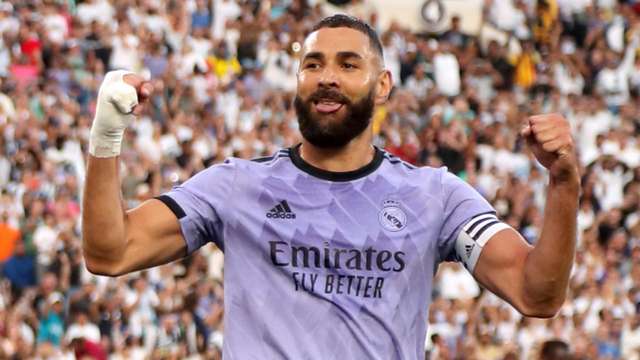 “And the winner of the 2022 Ballon D’Or is Karim Benzema.” There is arguably a football lover surprised by that announcement as the French man proved beyond reasonable doubt that there was none like him in the last football season.

Benzema won the top individual prize in football in a ceremony held in Paris ahead of Sadio Mane and Kevin De Bruyne, who came second and third respectively. He is the first Frenchman to win the prestigious award since Zinedine Zidane in 1998. Zidane was the presenter of the award.

Benzema scored 44 goals in 46 matches last season for his club, Real Madrid. He also won the UEFA Champions League and the LaLiga title. It was the 12th time he was nominated for the Ballon D’Or award.

At 34, Benzema is the oldest player to win the Ballon D’Or since Stanley Matthews, who won the first edition in 1956.

The striker said the award was not an individual award but a collective one as various individuals played a role in it.

“It makes me really proud. All the work I did, I never gave up,” Benzema said. “I had two motivations in my life – Zidane and Ronaldo. I’ve always had this dream in my mind that anything is possible.”

“There was a difficult period where I wasn’t in the French team, but I never stopped working hard nor gave up. I always kept my head, concentrated on playing football and I’m really proud of my journey here,” he added.

The top ten players in the world according to Monday’s award are;

Notably missing from the list of best players was Lionel Messi, who has won the award for a record 7 times.

Real Madrid and Belgium goalkeeper, Thibaut Courtois won the Yashin Trophy, as the best goalkeeper in the world for the last football season. The Belgian was outstanding in last season’s UEFA Champions League, especially after grabbing the man-of-the-match award in the final match between Real Madrid and Liverpool.

“I want to thank my teammates at Real Madrid. I’m really proud to win this trophy alongside the other goalkeepers who are there – and the female ones too,” Courtois said after receiving the award. “I hope the next trophy is the World Cup.”

Other awards presented at the ceremony include the Ballon d’Or for the women category. It was won by Barcelona forward Alexia Putellas. She was also the winner of last year’s edition.

Barcelona’s teenager Gavi won the Kopa trophy, for being the best young player last season, while Manchester City got the award for the best team of the year.

The newly introduced Socrates award, a humanitarian prize, was given to Bayern Munich forward Sadio Mane for giving back to society, especially in his come country of Senegal.

“I’m really happy to do what I can for my people and to make everything better,” Mane said after receiving the award.