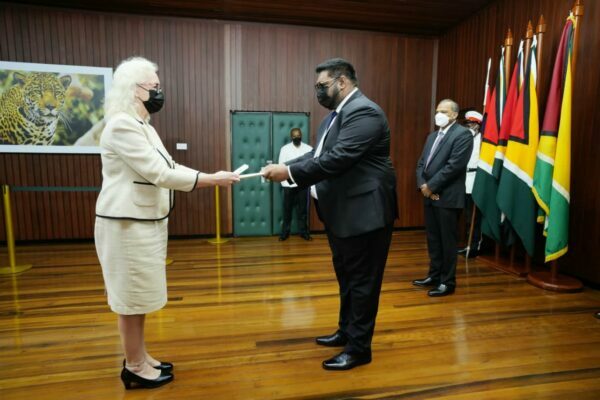 In a move being lauded by Guyanese all over the world, Britain announced on Tuesday that it was ending the visa entry requirement for Guyanese.

The decision which takes effect next month was announced by British High Commissioner Jane Miller.

She noted that British Airways flights to South America’s only English-speaking country would resume at the end of March.

The World Bank has projected Guyana’s gross domestic product will increase by nearly 50% this year and foreign investment has skyrocketed since American supermajor ExxonMobil and an international consortium found commercial oil and gas deposits off of Guyana in 2015.

President Irfaan Ali, who joined Miller at an event to announce the visa decision, said the government “will be working very closely with the U.K. in strengthening our systems to ensure there is proper monitoring and to ensure that there is no abuse of the system.”