“No big to do,” says Pollster as PM Browne dished out money to residents 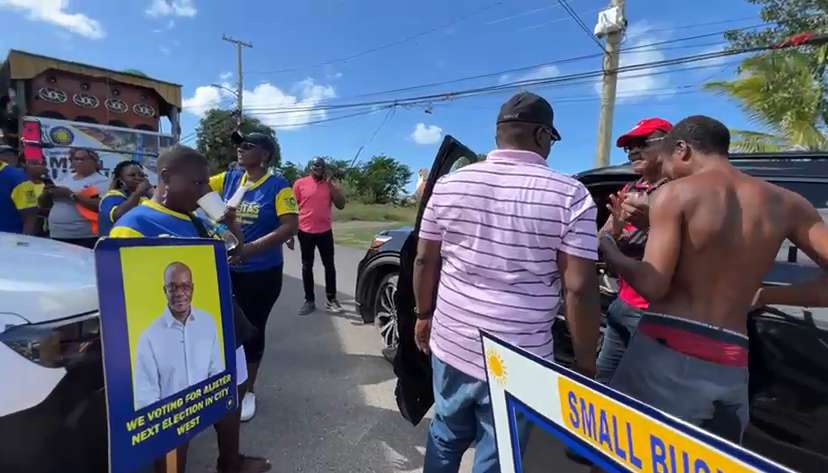 Prominent pollster Peter Wickham says a video circulating on social media, with Prime Minister Gaston Browne dishing out money in the Pointe community over the weekend is nothing new.

PM Browne has come under heavy criticism from the Opposition and other political critics after he was seen publicly sharing hundred-dollar bills to members of the public during the UPP’s weekly business pull-up initiative.

“I saw the video and I was not seeing anything that was too significant. I mean I have seen the prime minister giving out money before. I recall during the last elections when he went into one of the same communities…Invariably whenever he goes out people ask him for money and this seem to be normal. I don’t understand what is the big to do about it. That is the nature about how he rules. That seem to be the expectation that if they ask people will be given,” Wickham told Antigua.news

There have been claims that the behavior of PM Browne is tantamount to bribery and treating, a claim that Wickham also has questions about.

“There was no negotiation [from what the prime minister did] that says I am giving you this and I expect to receive your support in the elections, there was no contract that says go to the polls and vote for me if you get this money. Against that elections I don’t think he was buying votes…he was giving people money,” Wickham added.

Meanwhile, people like Attorney Charlesworth Tabor for example told the Observer that the “optics of the Prime Minister’s action were very bad” but added that he was not certain how concretely they could be considered as an offense under the law

PM Browne also questioned, “how come my spending is vulgar and theirs is sanctified”?

Also coming to the defense of the prime minister is ABLP Chairman Chet Greene who told the media yesterday that the issue was “much ado about nothing”, saying “this is not vote buying,” he said.

“You can clearly see that money is requested from the Prime Minister and he merely obliges. As those of means, we are expected to give what we have to those who do not have,” he reportedly told Newsco.

Antiguans and Barbudans are set to go to the polls by March 2023, with indications that it could be called earlier.