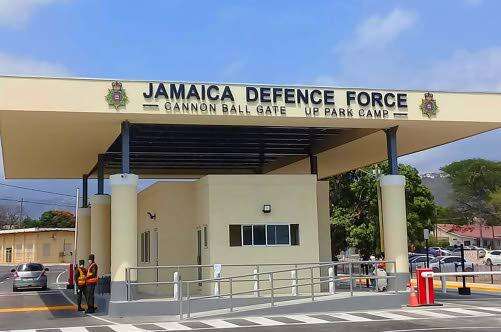 A senior member of the Jamaica Defence Force (JDF) has been fingered in at least 16 rape allegations and has been recalled from overseas training to assist with the investigation, according to the JDF.

In a press statement, the law enforcement agency said upon the officer’s return it will begin the appropriate disciplinary proceedings.

It is alleged that the officer sexually assaulted the females at Up Park Camp, the force’s headquarters in St Andrew.

It is further alleged that those who kept quiet were promoted.

Rear Admiral Antonette Wemyss Gorman, Chief of Defence Staff of the JDF said “Since taking office in January 2022, I’ve been strident in my stance against any act of Sexual Harassment involving any service member within the JDF, regardless of their gender.

“The situation involving multiple reports against the accused is an indication that service members recognize that the JDF is serious about any breach against the Sexual Harassment (Prevention) Policy (whether verbal, nonverbal, physical, written, visual or graphic) which was crafted during my tenure as Force Executive Officer in 2018,” she added.

While encouraging individuals with information to step forward she said the JDF remains keen on protecting the complainant’s confidentiality to reduce any opportunity for victimization or legal mismanagement of the investigation.

“I am encouraging any service member or civilian that has information with regards to this investigation or any other breach of the Sexual Harassment Policy or any other policy to come forward and make a formal report,” she continued.