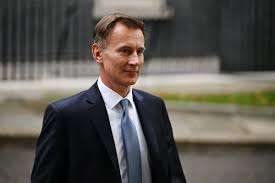 As everybody geared themselves up for the much-anticipated pathway for the UK’s tax and spending plan, which had been due to be announced on 31 October by Chancellor Jeremy Hunt, the news came through today that it will now be delayed by more than two weeks, to a new date of 17 November.

The economic programme will now become part of a full autumn statement, with Mr Hunt declaring that by deferring, it would ensure that it would be based on the “most accurate possible” economic forecasts from the Office for Budget Responsibility. He confirmed that he had discussed the delay with the governor of the Bank of England, who “understood” the decision.

Economic turmoil has to be reversed somehow

The Chancellor is under immense pressure following the disastrous mini-budget proposals by his predecessor Kwasi Kwarteng, which cost him his job, left the economy in turmoil, and ultimately led to Liz Truss resigning as Prime Minister.

Having already abandoned more or less all of Mr Kwarteng’s tax cutting ideas he is fully aware that investors are clamouring for reassurance with regards to economic credibility. It would appear that his decision to upgrade the plan seems to suggest that much wider policy decisions are likely to be delivered in mid-November, with Mr Hunt indicating that his method would see the UK’s debt “falling over the medium term”.

Looking on the positive side, some forecasters believe that the markets have actually stabilised in recent days, meaning some of the urgency to act immediately, has steadied – even if only slightly – and the extra couple of weeks or so, will give the Chancellor and new PM, Rishi Sunak, a little longer to figure out how to best move forward.

No commitment on bringing benefits in line with inflation

Shortly after the deferral was clarified, the PM warned the country of the “difficult decisions” that lay ahead of him as he set about restoring stability and confidence in the nations economic standing. He pledged to protect the most vulnerable, but markedly steered clear of giving a definitive answer to the question on committing to raising working-age benefits in line with inflation, something that was not missed by the opposition.

That was one of several lines put to Mr Sunak by Sir Keir Starmer at Prime Minister’s weekly questions, where the Labour leader accused the Conservatives of crashing the economy and pointed out that it was clear that the working people of the UK had been “hammered time and again” and those with broadest shoulders needed to step up.

Economic uncertainty has to end

Earlier this week the Director General of the British Chambers of Commerce, Shevaun Haviland, warned that the country “cannot afford to see any more flip-flopping on policies”, pointing out that the political and economic uncertainty of the past few months had been hugely damaging to British business confidence and the time had come for it to come to an end.

The news of the delay may therefore frustrate her somewhat, but what it did do was see the pound hold on to its recent gains, with Sterling continuing to rally as investors clearly see the appointment of Mr Sunak as a welcoming development. The belief is that extra time will allow the new team at the top to get the numbers right.

Important couple of weeks ahead

Indeed, the new PM is seen by many as a far safer pair of hands, compared to Ms Truss, who frankly frightened the life out of the investors. His background as a former hedge fund manager is certain to have played a part in any upturn in confidence. Meanwhile there will be a great deal of discussions and head scratching taking place behind the closed doors of Downing Street over the next couple of weeks as those charged with sorting out the mess, try and come up with a workable strategy.