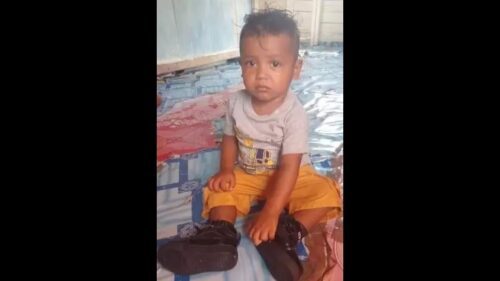 According to lawmen, Dacia Torres,  left her two children unattended at home to go to work.

The dead child is Jeremiah Rodrigues. He was only one year old. He was left with his two-month-old sibling as well.

Police say the child’s aunt called Torres and alerted her that he was found floating in a trench.

The toddler’s motionless body was taken out of the water and transported to the Charity Hospital where he was pronounced dead on arrival.

Police said checks were made to Jeremiah’s body and there were no marks of violence.