Five Cubans dead after boat heading to US crashes 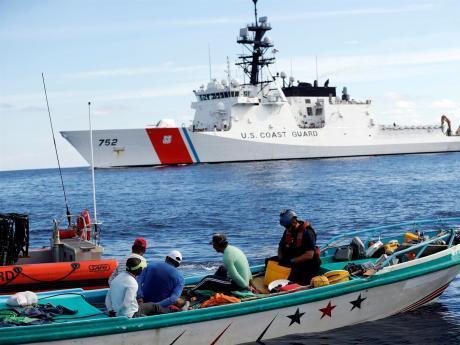 Cuban officials say a boat traveling off the northern part of that country sank while it was heading toward the United States, killing five people in the process. The accident occurred today Saturday

According to reports, the boat flipped over after the crash near Bahía Honda, about two hours from the capital of Havana.

A minor and three women were among those reportedly killed. Cuban media said about two dozen people were rescued.

Cuba’s Interior Ministry is blaming the United States for the deaths, saying that it is another consequence of the US embargo on Cuba.

Meanwhile, the U.S. sent condolences to the families of those deceased.

“As we expand safe and legal pathways for migration, we warn against attempting dangerous and sometimes fatal irregular migration,” said a tweet from the U.S. Embassy in Havana read.

The vast majority of Cubans who are leaving go by plane to Nicaragua, then travel overland to the U.S. border, often in Texas and Arizona, but reports are that a growing number have fled by boat on the dangerous 90-mile journey to the southern coast of the United States.