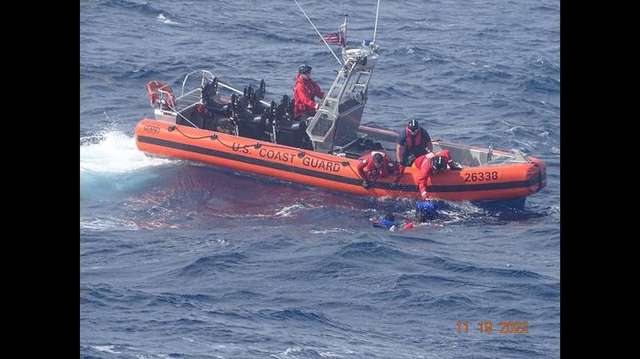 According to reports, a vessel carrying nearly two dozen migrants capsized about 50 miles off the coast of Florida on Sunday, leaving at least four people dead, the Coast Guard said.

The Coast Guard says it is seeing more Haitian migrants trying to reach the Florida coast by boat.

“At least four people drowned and nine others were rescued after a boat capsized during a failed migration attempt about 50 miles away from the Florida Keys on Sunday”, the Coast Guard said.

Up until Sunday night, rescuers were still searching for five others who were in the homemade vessel that overturned in six to eight-foot waves and 30 mph winds.