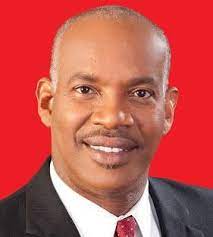 New legislation passed in Barbados House of Assembly on Friday could see stiffer penalties for repeat gun offenders, including life in prison and criminals have been put on notice.

Attorney General (AG), Dale Marshall, who tabled the Firearms Amendment Bill says the government will not be lenient on criminals, and under the new legislation, a repeat offender of a firearm offense could be sentenced to a minimum of 20 years or life in prison.

The new law aims to send a strong message to criminals and would-be criminals.

While first-time offenders could face a sentence of no less than 10 years behind bars and no more than 20 years, a person who was convicted of an indictable firearm offense before the amendment took effect, could also be sentenced to imprisonment for life or a lesser term not less than 20 years if convicted for the first time under the amended legislation.

“I want the criminals to reflect on this. People are saying ‘y’all soft’. No Sir, we [are] not soft. We never were soft but the point is, we are saying now that our level of tolerance for the criminal and his foolishness has now vanished to the point where we are prepared to say that you can be subject to a sentence of life imprisonment on a second firearm offense,” Marshall said.

The Act also makes provision for an individual guilty of more than one firearm offense from the same event or a series of events, to serve consecutive prison terms, rather than concurrent sentences.

To date, Barbados has recorded 35 murders, of which 26 were committed by gunmen.