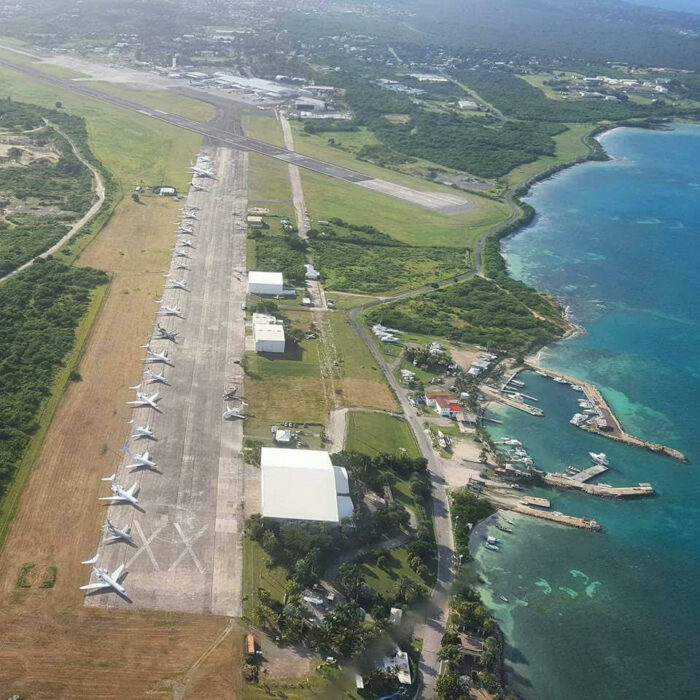 A business platform is being formulated for Antigua’s aviation entrepreneurs. This, as Runway 10 Development Company, under the management of Ken Hurst, is on a mission to develop V.C.Bird International Airport’s General Aviation.

According to history, “Ken Hurst is known for his work in transitioning Antigua’s one airport from being directly government-operated to a Statutory body, Antigua Barbuda Airport Authority; and at the same time negotiated the loan with the Chinese Government for Antigua and oversaw their erection of our current V.C. Bird International Airport Terminal”

The mission of Runway 10 Development Company, which is reportedly set to coincide with the celebration of our 41st anniversary of Independence, is the gifting of 33 years of aviation experience of the owners of Runway 10 lands, in the proposed development with Antigua’s Aviation entrepreneurs.

It is inspired by a new direction for generational wealth proposed by a local investment platform soon to be launched in December, Antigua Hangars Inc., an owner of 26-plus acres of land around the 5000 ft. runway owned by the Government, is among the first locally owned companies to be involved and act upon it.

Runway 10 Development Company welcomes the interest expressed by all those who are investing.