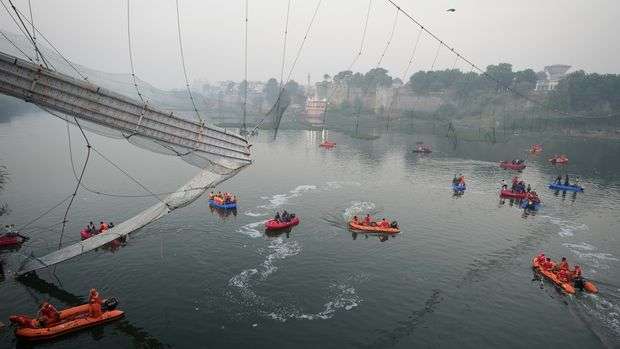 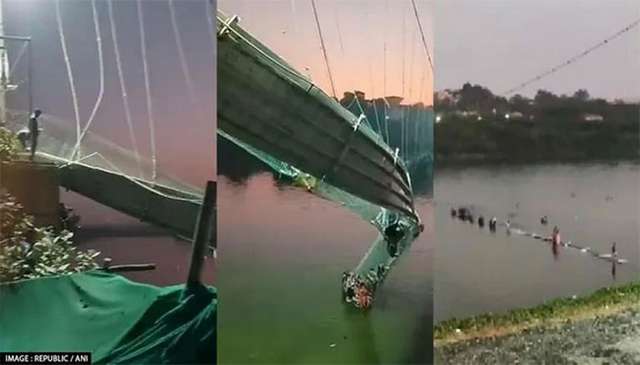 At least 134 people have died following the collapse of a pedestrian bridge in Morbi, India. Officials said most of the victims were children and dozens are still missing.

Footage shared on social media showed the bridge swaying before finally collapsing. The 145 years-old bridge became overcrowded after more than 400 people stood on it at the same time, thereby forcing it to collapse.

Raju, an eyewitness, told Reuters News agency that “people were hanging from the bridge after the accident, but they slipped and fell into the river when it collapsed.”

“I could not sleep the entire night as I had helped in the rescue operation. I brought a lot of children to the hospital,” Raju said.

The bridge was recently renovated and was only reopened barely a week ago. Most of the victims were tourists, but there is no information yet, on whether there were foreigners.

Prime Minister Narendra Modi, who is from Gujarat, the state of the incident, said “the government is with the bereaved family in every manner.”

“The central government too is extending all help to the state government,” he said.

Sadly, about 35 of the victims were below the age of 14. Officials said more than 170 others were rescued as of Monday morning. They said the muddy waters of the river were slowing down rescue operations.

“It’s corruption, nothing else”

“Not just extremely sad on bridge collapse in Morbi but also very angry. Because it was a tragedy in waiting,” Sappal wrote on Twitter.

“For some time now, bridge collapse, roads caving in, dams breaching is happening quite often,” he added, sharing pictures of similar collapses that had happened in recent times.

“It’s corruption, nothing else,” he stated.

The government has already set up a 5-man-committee to investigate what happened in Modi on Sunday. The Police had begun a criminal investigation against some persons and groups responsible for the renovation and management of the bridge.