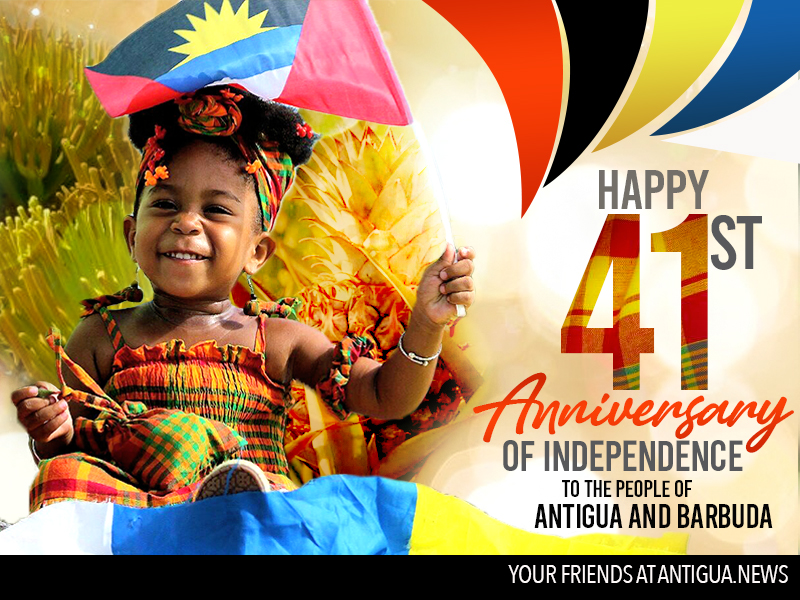 ​Today is Antigua and Barbuda’s Independence Day. It is a day set aside on November 1st every year since the country gained independence from Britain in 1981.

Here’s some history about the twin island state

Antigua and Barbuda is a Commonwealth country situated where the Atlantic meets the Caribbean. It’s a popular destination for yacht owners with its pristine beaches and tropical rainforests, attracting thousands of tourists each year.

The name ‘Antigua and Barbuda’ is Spanish for ‘ancient and bearded.’ The British colonized this Caribbean nation, which grew tobacco and sugarcane. Antigua and Barbuda was intended to be a slave breeding colony. Instead, the slaves taken there formed a self-reliant community.
Antigua Independence Day covers over 300 years of history, culminating in the nation becoming independent of British rule.

It served as a mercantile resource for sugar production, a highly lucrative industry at the time. Early European settlers initially faced stiff opposition from the Carib people who inhabited the islands, and it wasn’t until the mid-1600s that serious attempts at colonization in the area began.

Conflicts between the British, Dutch, and French further complicated attempts at establishing settlements.

By the late 17th century, the settlers had built up an economic system revolving around the export of cash crops like tobacco, cotton, and ginger. Sugar became the dominating force, shaping Antigua and Barbuda’s social, economic, and political landscape.

After the first large-scale sugar plantation was established in 1674, sugar production became the main economic activity in Antigua and Barbuda, leading to the mass importing of slaves to work on plantations. In 1728, there was a small slave uprising, followed by a massive rebellion in 1736.

Slavery was abolished almost a century later by the British colonizers in 1834, forcing planters to import Portuguese workers.

The 18th century marked an increase in ethnic diversity in Antigua and Barbuda. These ethnic groups agitated for more rights and representation, leading to the first elections held in 1937.

In 1938, the Antigua Trades and Labor Union was founded, improving relations between planters and workers. In 1941, the U.S. opened some bases in the colony, and sugar production declined well into the 1950s.

With support from trade unions, the Antigua Labor Party won elections in 1967, achieving independence in association with Great Britain.

Antigua and Barbuda finally gained complete independence from their British rulers on November 1, 1981, thanks to many years of concerted efforts from trade unions and local politicians.