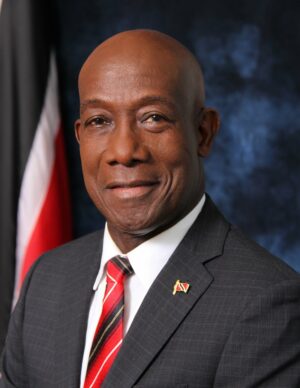 ​With its murder toll surpassing 500 so far this year, Trinidad and Tobago’s Prime Minister Dr Keith Rowley on Monday met with the national security heads to address the crime surge in the twin republic.

Security Minister Fitzgerald Hinds, told the media following the meeting that while no State of Emergency or curfews will be imposed there will be increased police presence to tackle what he described as a “gun crisis”.

He said the Government, understands that there is public fear and trauma over the “crime crisis” and its implications on tourism, investments and international reputation.

He said they engaged with the police and its leadership to indicate the public’s concerns and to rehash Government’s policy with respect to guns and gangs.

Hinds said that the divisional commanders of the police service gave commitments to the people, through the National Security Council, that “they are going to redouble their efforts and they are going to do a few new things in order to stem the crisis that obviously now surrounds us.”

“We were talking about policing, heightened police presence, re-energized policing and all of the Divisional commanders and the heads of the various sections and branches indicated what they can do to contribute to creating an atmosphere of peace and great security and safety for the people of Trinidad and Tobago,” he said.

In July the Prime Minister said there was a “dramatic escalation in violent crime” and expressed concern about criminals’ access to State resources.

He said then that a Committee was formed tasked with defining the issue in a public context and developing a plan of action.