Spice is not in a coma says booking agent 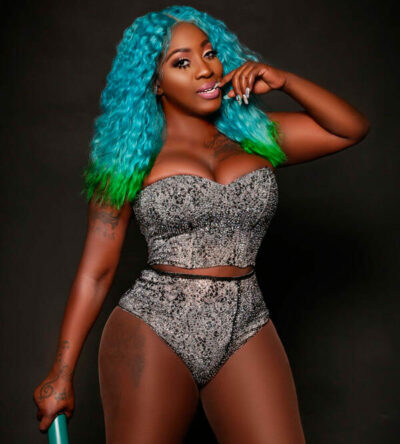 Ray Alexander, who is Spice‘s booking agent, has denied rumors that the Queen of Dancehall suffered a heart attack or that she was placed in a medically induced coma in the Dominican Republic, after developing complications during a cosmetic procedure.

“Spice hasn’t had a heart attack, and neither is she in a coma. Those are all lies. The rumors were caused by people not knowing where she was and because she hadn’t posted on IG,” Alexander told DancehallMag.

In October, Spice, who turned 40 in August, hinted that she would be off social media for several months.

Alexander did not comment further on Spice’s current medical condition.

The rumors, that Spice had developed complications, were further perpetuated by a Facebook Live session this morning, where Minister Marion Hall asked her fans to pray for the So Mi Like It deejay.

Marion Hall, who has a checkered history with Spice, announced a Dancehall fan had said Spice had suffered a heart attack and had asked her to pray for her.  “God of Glory, I place Grace Hamilton at your feet. We had a lot of stuff – some accusations of me doing evil – but God, today I understand this word you have given me. I am not bitter, God,” Minister Hall prayed.

“You took away my bitterness…yes, there are times I cry over accusations…but I pray that you will not just revive her, but also strengthen her,” she added.

Hall, who is formerly known as Lady Saw, expressed the hope that Spice’s alleged medical complications and present predicament would cause her to turn to God.