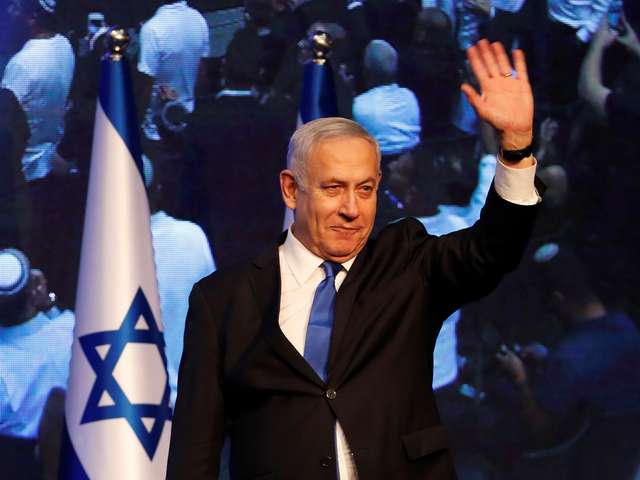 The longest-serving prime minister of Israel, Benjamin Netanyahu, has returned to add more years to the record after he was declared winner of the recently conducted Israeli election. Immediately after the conclusion of the polls, all fingers began pointing at the former prime minister as the winner of the race, but the long wait for an official announcement ended on Thursday, and Netanyahu’s coalition won the highest number of seats in parliament.

The two-time prime minister, who has served a total of 15 years as prime minister of Israel, left the position in 2021 after his former ally Naftali Benett’s party formed a coalition that ousted him from office.

“I would like to thank the citizens of Israel for your tremendous support,” Netanyahu tweeted shortly after the announcement. Together we brought a huge victory to the State of Israel. A big thank you from the bottom of my heart.”

One of the men that does not want Netanyahu back as the country’s leader is Yair Lapid, the current prime minister. Even when all indications favoured the former leader, Lapid did not give up hope until Mr Netanyahu was declared the winner. However, he was first to congratulate Benjamin for his return to power and promised a peaceful transfer of power.

Although Lapid’s coalition pulled an impressive 51 seats, it was not enough to keep the current prime minister in power. Netanyahu could easily form a government without any impact from Lapid and his team.

A bold return amid corruption charges

Although Benjamin Netanyahu has become prime minister again, he has not been cleared of corruption charges against him in his last reign. The 73-year-old is facing corruption charges which he described as “an attempt to thwart the will of the people,” and bring him and the right down.

In case 2000, the newly elected prime minister is accused of discussing a controversial arrangement with Arnon Mozes, publisher of Yediot Aharonot, one of Israel’s top newspapers. According to the accusation, Netanyahu was said to have asked for favourable coverage that will portray him in a good light. In return, the then-prime minister will initiate legislation that would clamp down on another Israeli newspaper, the Israel Hayom. Both Netanyahu and Mr Mozes have denied all the accusations against them.

In the third case, which is case 4000, Netanyahu is accused of accepting favours from Shaul Elovitch, a top businessman, with the hopes that he would not do anything to intercept his business interest. He and the other parties have also denied any wrongdoing.

The court cases, which were expected to last for about a year, have lasted longer than expected as one court is handling all of them simultaneously. Netanyahu’s coalition has even proposed legalizing some of the crimes he has been accused of committing.

Meretz officially out of the Knesset

Left-wing Meretz could not win a single seat in parliament. That means until the next elections, the party will not be having a parliamentarian at the Knesset. The party managed to pull 3.14% of the seats which was not up to the 3.25% minimum requirement to gain seats.

Meretz leader, Zehava Galon, said the election was a disaster for her party, the country, and a personal disaster to her.

“This is a very difficult moment for me, and for my friends in Meretz. The election results are a disaster for Meretz, a disaster for the country, and yes, also a personal disaster for me,” Meretz Party leader Zehava Galon said on Thursday.

The country’s Labour party also managed to retain four seats, which was less than the previous election when the party won seven seats.

Netanyahu’s government this time would be different from his previous government at least for one reason. The last time he was prime minister, he was having an alliance with the centrist National Unity Party with Benny Gantz as its leader. With Gantz by his side, Netanyahu could not lean towards the right completely, but the case is different this time.

This time, Netanyahu will be forming a government with the far-right Religious Zionism party and other smaller parties that are far-right. One such small party is Otzma Yehudit, founded on extreme views.

The current leader of Otzma is Itamar Ben-Gvir, who was convicted in 2007 for racist incitement against Arabs. Until recently, Itamar was not against the murder of Arabs, and he even went a step further to hang the picture of Baruch Goldstein, who murdered 29 Palestinians in the West Bank in 1994, in his home.

There is also Noam’s party, which does not have an iota of tolerance for LGBTQ rights. The party will be taking at least 14 seats in parliament, making it a strong part of Netanyahu’s government.

Ben-Gvir, who recently called for the use of live fire against Palestinian demonstrators, has been tipped to become the new public security minister. He personally pulled out a gun during a tour of East Jerusalem last month.

Without a doubt, this Netanyahu returning to power will be different from the one that recently left, owing to the people around him. He will be under pressure to increase the crackdown on protesting Palestinians, and a failure to do so might see him lose the support of the coalitions. Within Israel, the crackdown on same-sex relations will be tougher, especially since Meretz is no longer in parliament.

The announcement of Netanyahu as the new prime minister has attracted congratulatory messages from leaders across the world.

The president of Ukraine Volodymyr Zelensky, who had previously asked Israel for an air defence system, was also quick to congratulate Netanyahu with the hope that they could work together.

Congratulations-Mazel Tov to @netanyahu for the electoral success. Ready to strengthen our friendship and our bilateral relations, to better face our common challenges,” Italian Prime Minister Georgia Meloni said on Twitter.

Other world leaders, including the United States, which is Israel’s strongest ally, have promised to work with the new government as it tackles its complex and unique security challenges.