Former Pakistan prime minister shot and wounded at a rally 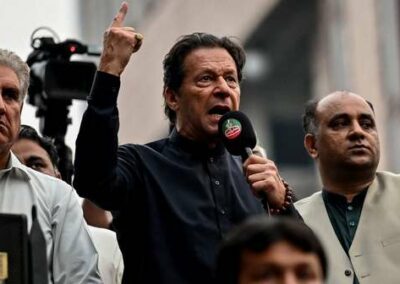 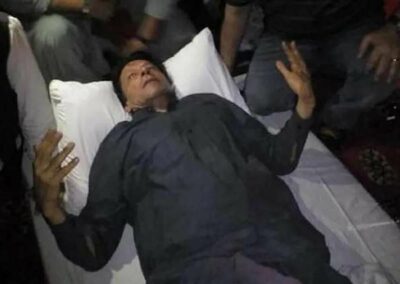 The former prime minister of Pakistan, Imran Khan, has survived a shooting incident that left at least one person dead and others injured. Officials said Khan was shot in the leg. Video shared on social media showed the former prime minister’s supporters running for safety after their leader sustained a bullet wound.

Asad Umar, head of the PTI, said: “Yes, he has been shot, there are pellets lodged in his leg, his bone has been chipped, and he has also been shot in his thigh.”

“The ex-prime minister is stable and has just checked into the hospital. He is apparently all right but, nonetheless, the issue is very serious. It can have very serious repercussions in the future politics of Pakistan,” he added.

One political worker was confirmed dead after the shooting, while several others were injured.

The suspect says Khan was his only target

Soon after the assassination attempt, the suspected gunman was arrested and detained by the Pakistan Police. In a confession video shared by the police, the suspect said Khan was misleading the people, but he couldn’t bear it.

“Only Imran Khan was my target,” the suspect said, adding that he acted alone.

Antigua news could not independently verify the authenticity of the video, but the country’s information minister said the police recorded it.

Fawad Chaudhry, a member of the PTI, which is Khan’s political party, said: “if the shooter had not been stopped by people there, the entire PTI leadership would have been wiped out”.

“It was a clear assassination attempt,” he added.

While everyone was running for safety, one man was running behind the attacker to bring him down and take his gun from him. It was not clear if the man prevented more damage, but he is nonetheless a hero. Sharing a picture of the man, Khan’s first wife, Goldsmith, wrote: “Hero.”

“The news we dread,” she said. “Thank God he’s okay. And thank you from his sons to the heroic man in the crowd who tackled the gunman.”

“I condemn the incident of firing on PTI Chairman Imran Khan in the strongest words. I have directed Interior Minister for an immediate report on the incident,”  Prime minister Shahbaz Sharif said while wishing the former prime minister and others a quick recovery.

“Federal government will extend all support necessary to Punjab govt for security & investigation. Violence should have no place in our country’s politics,” he added.

“[ I ] Strongly condemn heinous assassination attempt on ex-PM of Pakistan, the brave [Imran Khan]. I have sought immediate reports from authorities. I pray for his speedy recovery & for all those injured. My condolences to the family of the deceased political worker who died during the incident,” the president wrote on Twitter.

Khan’s call to return to power

Imran Khan was prime minister of Pakistan until April when he was removed through a no-confidence vote. Since then, he has held several rallies in various parts of the country, the most recent being a seven days tour of the nation.

The former prime minister has accused the US of being behind his removal from office, and his claims have raised anger among the young population that does not see the United States as a supporter of Pakistan. The anger is further fueled by the growing cost of living crisis, which has caused a lack of trust in the leading political class.

Khan is demanding an early election so that he can fight to take back his place. Members of his political party have accused the prime minister of being behind Thursday’s attack, and the government said it has set up a committee to negotiate with the former leader.