Flash flood advisory in effect of Antigua and Barbuda 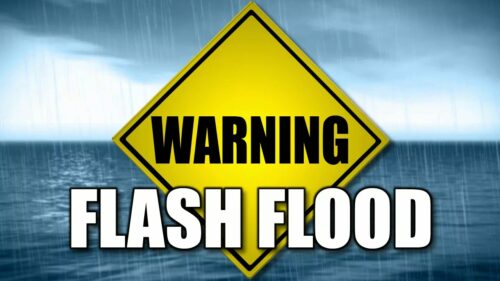 A flash flood advisory is in effect for Antigua and Barbuda until midnight tonight. The advisory was issued by the MET office moments ago.

A flood advisory means that streams, creeks, and drains may be elevated or even overflowing into streets, and low-lying and flood-prone areas; however, property damage will be minimal.

The advisory is also in effect for, minor flooding in low-lying and flood-prone areas of St Kitts as well.

The MET office says inconveniences can be expected but the flooding is not expected to be immediately life-threatening.

“However, just one foot of flowing water is enough to sweep vehicles off the road. when encountering flooded roads be extremely cautious, and if in doubt, make the smart choice, turn around don’t drown. move to higher ground”, the statement said.

The rain bands associated with tropical storm Nicole are influencing the weather over the leeward and the British Virgin Islands, causing periodic heavy showers, according to the report.

“Already, in excess of 3 inches have fallen in some places in the last 12 hours and another 2 inches or more are likely in the next 12 hours. hence, minor flooding of low-lying and flood-prone areas is expected,” the report further states.