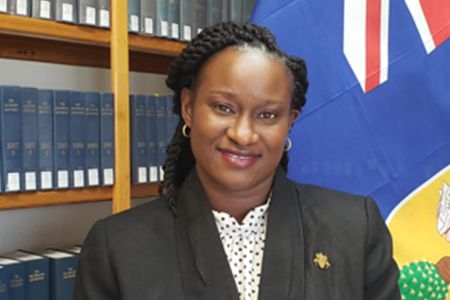 Amid what is described as a national crisis due to the proliferation of gang crime in the Turks and Caicos Islands (TCI) the House of Assembly has enacted the Anti-Gang Bill 2022 to severely penalize gang leaders and members.

Under this new Bill, it is now a criminal offense for any person living in the Turks and Caicos Islands to be in or become a member of a gang or to harbor, conceal or recruit gang members.

The Anti-Gang Bill 2022, also makes it an offense to be in possession of a bullet-proof vest, to participate in or contribute to activities of a gang or to support or invite support for a gang.

Attorney General, Rhondalee Braithwaite-Knowles who tabled the bill said it is intended to dismantle the growing gang culture fueling increasingly violent and deadly crimes in the TCI.

“The bill would also make it an offense to wound or shoot at persons involved in law enforcement or intelligence and would carry a penalty of 30 years imprisonment.

“It would also be an offense for a person to coerce or encourage another person to be a gang member and would carry a penalty of 25 years imprisonment,” she stated.

Any law enforcement officer, who is found to be involved in a gang will face no less than 20 years of imprisonment.

The duration of the bill is three years, after which time the Cabinet will review the ordinance to determine whether it should continue or it should end.