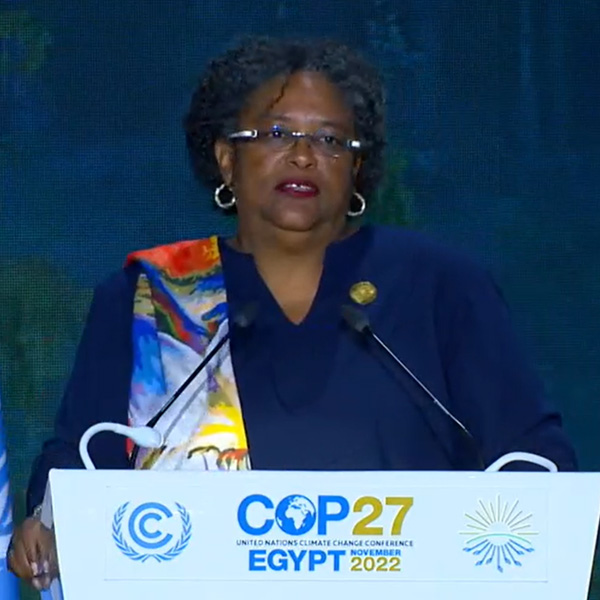 In what many have described as a blistering attack on rich nations at Cop27, Barbados Prime Minister Mia Mottley did not mince her words when she spoke to world leaders in Egypt.

In her usual stern tone, she criticized industrialized nations for failing the developing world in the climate crisis.

She said rich countries continue to prosper at the expense of poor countries.

Mottley said the world could be bombarded with what she called a billion-dollar climate refugee if governments refuse or fail to tackle climate change.

She also addressed the issue of the World Bank, which she says many countries think has not done enough to focus on the climate, and on countries that offer loans instead of grants.

“We need to have a different approach, to allow grant-funded reconstruction grants going forward, in those countries that suffer from disaster. Unless that happens, we are going to see an increase in climate refugees. We know that by 2050, the world’s 21 million climate refugees today will become 1 billion.”

The Bajan prime minister has teamed up with the French president, Emmanuel Macron on an initiative to provide new means of finance to the developing world.

Macron used his speech at the Cop27 conference to insist that the war in Ukraine would not cause the French to backslide on commitments to tackle the climate crisis.

More than 100 world leaders attended the conference on Monday,